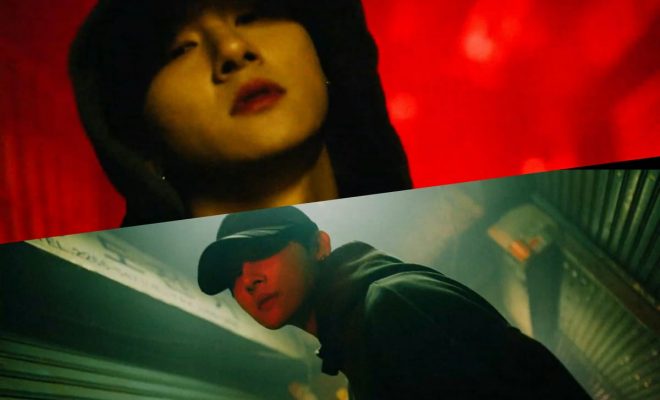 MONSTA X I.M will soon defy expectation with the release of his collaboration mixtape.

The most awaited collaboration of MONSTA X I.M and ELHAE will come on April 19th, midnight KST. Recently, he released a video teaser of the mixtape. The teaser shows the maknae rapper in a more mature vibe.

Combined with dark elements, the hypnotizing beat makes the track even more interesting. The Sunrise and Sunset mixtape is I.M’s second venture into solo work. “Horizon” is his most-awaited collaboration with singer-songwriter ELHAE whom he mentioned is one of the people he looks up to when it comes to music.

I.M released “Fly With Me”, his first solo mixtape during February 2018. It was produced by Wooki, who also produced “MOHAE” for MONSTA X’s Take.1 Are You There? album. I.M was deeply involved in the making of “MOHAE” from lyric writing to song production.

“Horizon” will be making its way to the masses on April 19th, midnight KST. This release is expected to make the rapper’s solo career take off into the ‘sunset’.