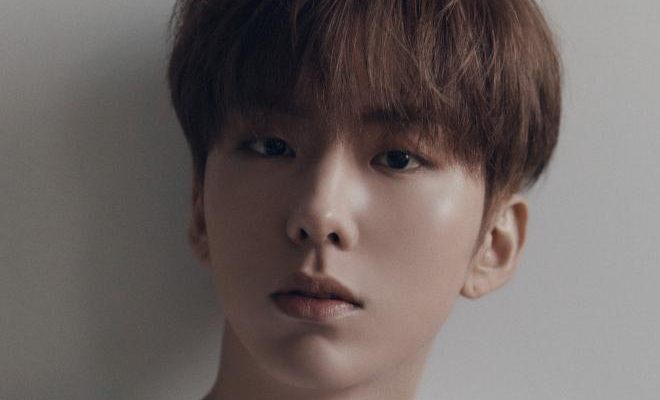 Now we are convinced that the “K” in K-pop also stands for MONSTA X’s main vocalist Kihyun!

Kihyun emerges with a live showcase as a solo artist with his debut single album VOYAGER, and it’s nothing short of perfection.

In particular, MONSTA X’s pride and main vocalist graced the online stage with a live debut showcase that demonstrated why he owned the moniker “god of K-pop.”

On March 15, a few hours after his debut single album’s release, Kihyun went on Naver NOW’s #OUTNOW and communicated with global MONBEBE.

Filled with excitement, Kihyun greeted fans with delight and shared behind-the-scenes stories from making the songs and filming the music video for the title track. The outstanding singer also performed his songs live, captivating the hearts of every viewer.

After seven years as the main vocalist of MONSTA X, Kihyun finally fulfills every MONBEBE’s wishes for a solo album. And it is an absolute heaven-sent as the powerhouse artist presents his masterpiece in every sense of the term.

During his live showcase, Kihyun mentioned how confident he was as soon as he heard the demo for the title track, “VOYAGER.” Kihyun said it was the perfect song that could showcase his talents.

He also revealed how he came to write the lyrics for “COMMA” and admitted he was determined to make the album as great as possible. Kihyun said he worked really hard on the second track and completed the song with the help and support of Brother Su and his beloved MONSTA X members.

It’s completely understandable that the talented musician feels uncomfortable introducing an album filled with his voice. In his seven years of MONSTA X, Kihyun has been constantly side-by-side with the members, taking turns in presenting the album and explaining the themes of each tune.

This time, Kihyun faces the public as a solo artist, and even though he is the “god of K-pop” himself, he admits it was awkward at first, but he was excited and happy at the same time.

Kihyun also shared a fun story during the music video filming for the title track. As a member of a boy group, filming a music video would provide him with multiple breaks while the other members shot their separate scenes.

However, as a soloist, he doesn’t have long breaks and ends up sleeping when it is time for meals. “I could only eat properly during the second day of filming. I ate the foods Changkyun sent me and some chicken from Minhyuk.”

Kihyun Performs “VOYAGER” And “Rain” For The First Time

The whole fandom was going nuts when Kihyun unveiled the first live performances of his debut track “VOYAGER” and the sidetrack “Rain” on Naver NOW’s #OUTNOW. He transformed into a rock vocalist as he held on to a standing microphone, showing off his cool live performance with no regrets. 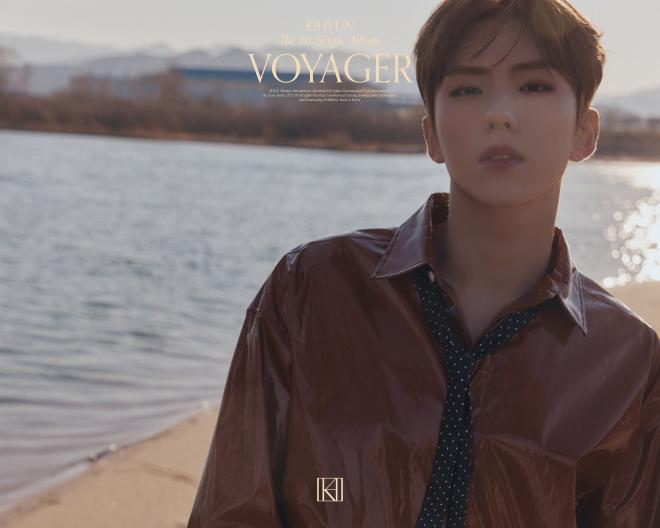 The image elicits endless admiration as the dazzling performer casually gives mesmerizing glances at the camera, which undeniably captivates every MONBEBE’s heart.

Meanwhile, Kihyun released his solo debut single album VOYAGER on March 15 at 6:00 PM KST. After successfully concluding his debut live showcase, the singer plans to begin his activities with music show performances and other contents in the future.