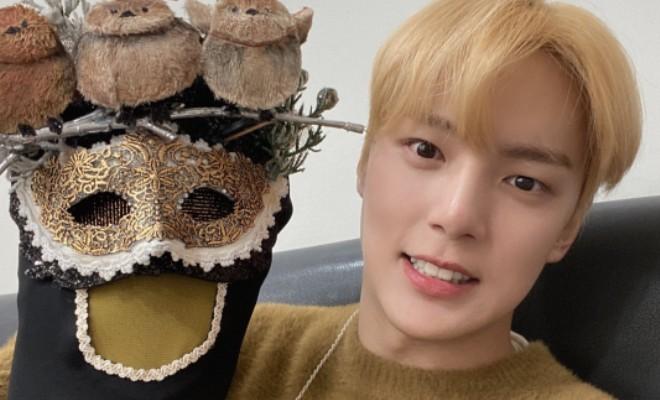 Minhyuk once again proved that he ain’t just MONSTA X’s visual and witty member but also a versatile and skillful vocalist!

Making an appearance as “뱁새” (literal translation: crow-tit), MONSTA X fans quickly found out that the golden voice behind the mask is none other than their favorite sunshine.

This duet version of the sentimental song unleashed Minhyuk’s sweet like honey voice which one of the panels found attractive and unexpected. With his amazing vocal control that lured audiences to his emotion-filled performance, he won with a score of 17 versus 4. Amazingly, Minhyuk moved forward to round 2 which makes MONBEBE proud and happy.

Round 2 – Jo Junghyun’s Even Loved The Pain

Sentimentally bringing forth all pain from the K-drama “Reply 1988,” this round 2 performance from MONSTA X’s brightest member gained a standing ovation from the panel. Sweetly singing Jo Junghyun’s “Even Loved The Pain,” Minhyuk once again won with 14 versus 7 votes.

Round 3 – Lee Hyunwoo’s Because I Love You

During round 3, Minhyuk sang a magnificent and emotional version of Lee Hyunwoo’s “Because I Love You.”

Minhyuk was described by the panel as having a sweet voice that evokes an analog sensibility. Making you feel the autumn love, Minhyuk certainly stole all hearts with his beautiful voice and affectionate performance. Unfortunately, he wasn’t able to get through as Mint Choco won with 15 votes. 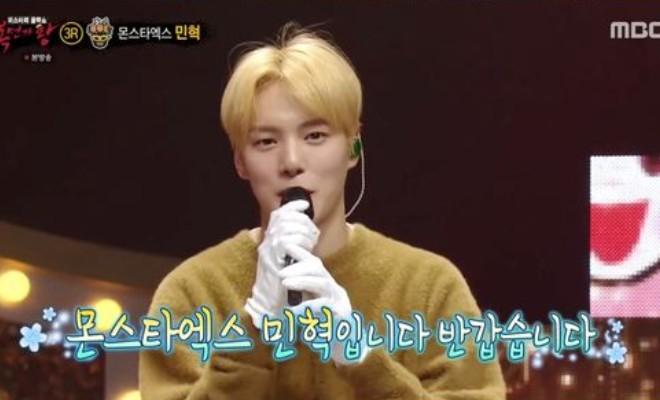 Minhyuk then revealed his handsome face and the panel was in awe after discovering that he was MONSTA X’s sub-vocalist. The panel praised his versatility as a singer especially his ability to convey a song’s deep emotion. He may have lost the chance to steal the throne, yet it was an honorable experience for MONSTA X’s all-around entertainer.

Relatively, Minhyuk was the fourth MONSTA X member to appear on “King of Masked Singer” and showcase their vocal prowess. Members Shownu, Kihyun, and Jooheon previously graced the KOMS stage, proving that MONSTA X is a group of extremely talented and flexible artists.

Meanwhile, MONSTA X recently made a fiery comeback with FATAL LOVE on November 2. They have been actively promoting their title song “Love Killa” on music shows and variety programs, unraveling new monstrous and irresistible charms.