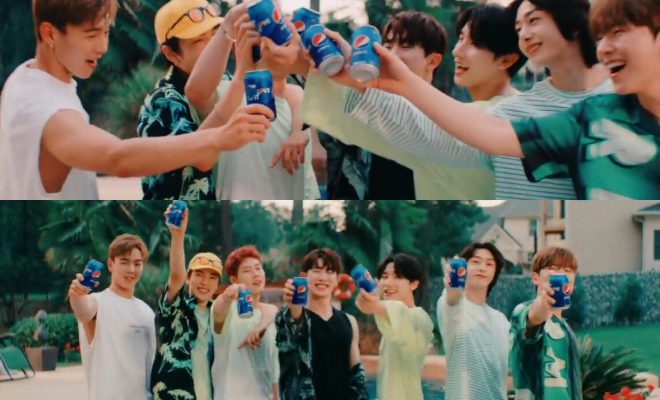 MONSTA X will be making Monbebes’ hearts go soft once again as they serenade with a brand new song!

MONSTA X will be dropping a cool new track that will surely steal fans’ hearts as part of the 2019 Pepsi For The Love Of It project! 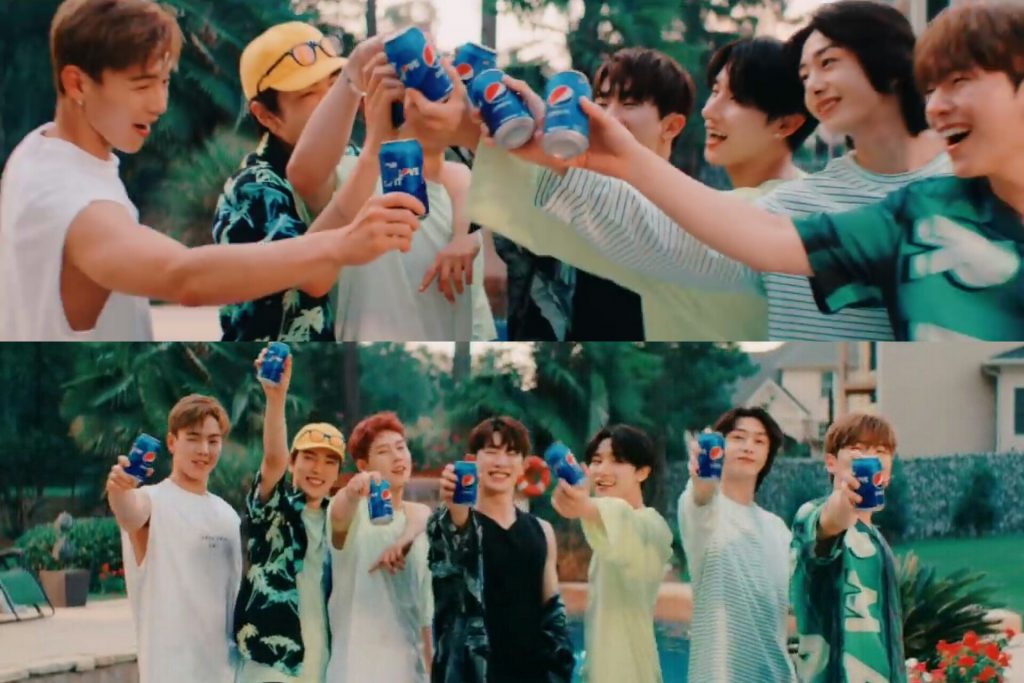 The boy group made a grand announcement of their upcoming special track dropping soon by unveiling a music video teaser on September 7!

Bathing in various cool shades of blue, Shownu, Wonho, Minhyuk, Kihyun, Hyungwon, Joohoney, and I.M were all smiles as they enjoyed a fun time together in the quick music video sneak peek.

The clip also gave fans a hint at how the song sounds like, with Jooheon saying “It’s the MONSTA X… Pepsi” full of swag and the boys singing the line “for the love… for the love of it”.

Through the teaser, they also announced that the song, titled “For The Love Of It”, is set to be released on September 9 along with the music video.

Earlier in July, MONSTA X’s vocalist, dancer, and top model Hyungwon collaborated with VIXX’s Hongbin for the very electrifying track “Cool Love” as part of the 2019 Pepsi For The Love Of It project’s summer lineup.

The two idols will be taking the song on stage for the special For The Love Of It Project Showcase by Pepsi on September 8. MONSTA X will also take part in the event, set to be held at the Olympic Hall in Seoul.

The 2019 Pepsi For The Love Of It project is a team-up between the beverage brand and Starship Entertainment which aims to give new music fit for each season.

Hellokpop, as an independent Korean entertainment news website (without influence from any agency or corporation), we need your support! If you have enjoyed our work, consider to support us with a one-time or recurring donation from as low as US$5 to keep our site going! Donate securely below via Stripe, Paypal, Apple Pay or Google Wallet.
FacebookTwitter
SubscribeGoogleWhatsappPinterestDiggRedditStumbleuponVkWeiboPocketTumblrMailMeneameOdnoklassniki
Related ItemsFor The Love Of Itmonsta xpepsi
← Previous Story BTS, X1, & EXO Hailed As Leading Boy Groups In September Brand Ranking
Next Story → Kang Daniel Dances In The Rain For “What Are You Up To?” Special Video