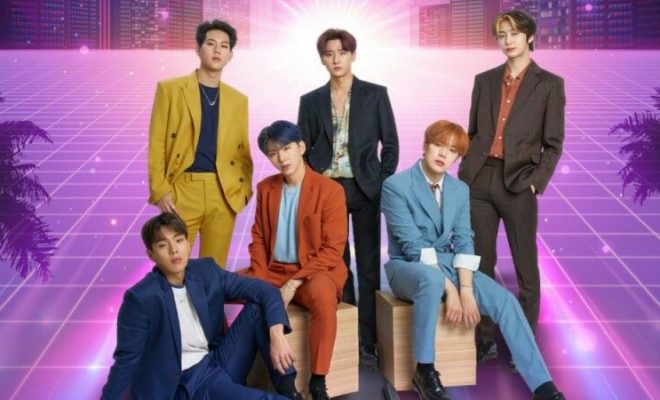 Old is the new hip indeed, and MONSTA X will prove this in yet another exciting web variety show! 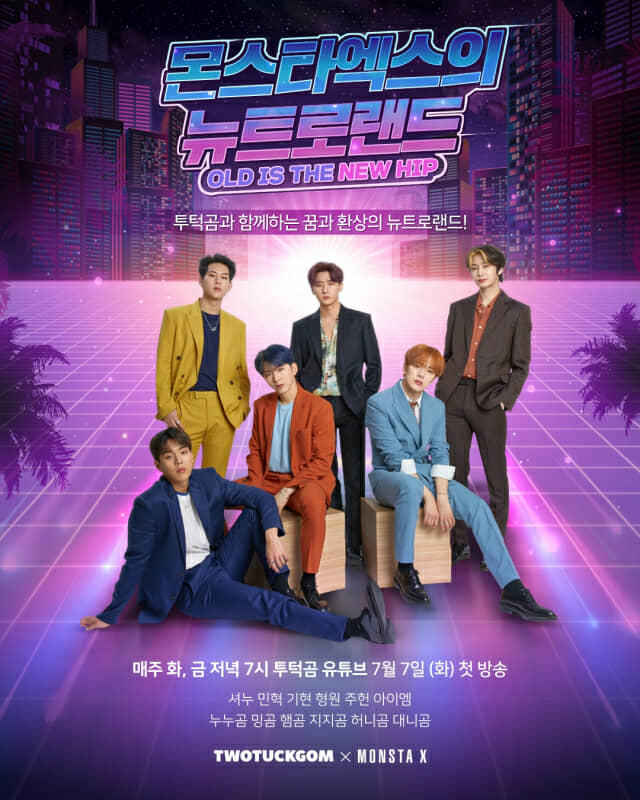 MONSTA X’s Newtroland will present the story of the group’s members who will be reinterpreting retro-concept items with the sentiment of “Newtro”, a combination of the words “new” and “retro”.

The web entertainment program will be released exclusively on TWOTUCKGOM’s official YouTube channel for a total of seven episodes. It will premiere on July 7 at 7 PM KST, and new episodes will be aired every Tuesday and Friday.

To commemorate its launch, TWOTUCKGOM and MONSTA X will host a V LIVE broadcast, and the web show’s OST “With TTG” will also be released on major music sites.

This will include a variety of products, such as TWOTUCKGOM layered ring, which is based on the handwriting, birthday, and birthstone of the group’s members.

For every purchase, fans get the chance to participate in draws for various prizes, including a video call signing with the group. Items like cereal cups with the members’ handwritings, hologram random photo keyring, retro paper doll and ttakji (Korean paper flipping game) set, transparent photocard frame and set, and more will also be up for grabs.

TWOTUCKGOM’s collaboration goods with the group will be available at their official online store on July 7 starting from 10 AM KST. It will also be released on their offline stores on July 9.

“We will continue to do various activities that highlight TWOTUCKGOM’s unique charm,” said Kim Jung Ha, head of NCsoft.

Hellokpop, as an independent Korean entertainment news website (without influence from any agency or corporation), we need your support! If you have enjoyed our work, consider to support us with a one-time or recurring donation from as low as US$5 to keep our site going! Donate securely below via Stripe, Paypal, Apple Pay or Google Wallet.
FacebookTwitter
SubscribeGoogleWhatsappPinterestDiggRedditStumbleuponVkWeiboPocketTumblrMailMeneameOdnoklassniki
Related Itemsmonsta xMONSTA X's Newtrolandtwotuckgom
← Previous Story PENTAGON Rounds Up A Revolution In Riveting “Basquiat” Solo Teaser Photos And Videos
Next Story → N.Flying To Continue With “FLOWER FANTASY” For Blooming Comeback Promotions