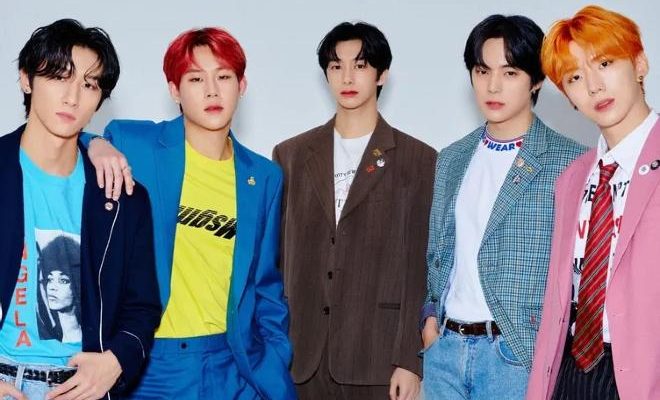 Here’s another gift from MONSTA X to MONBEBE as we welcome the year 2022!

MONSTA X ends 2021 with the most adorable gift to MONBEBE as the group releases a self-cam version for “I got love.”

During the 10th min album No Limit promotions, MONSTA X put up a poll on their official social media account. MONBEBE were asked to choose what content they wanted to see again among the boys’ previous ones. The choices include self-cam music videos, the revival of MonLittle TV, relay Q&A, and MONSTA X POV. In the end, the self-cam music video received the highest votes with 56.8% and 59.7% on Twitter.

In the afternoon of December 31, MONSTA X unveiled a special self-cam video for “I got love”, which became the powerhouse group’s last gift of 2021 for MONBEBE.

The self-cam video was filmed during MONSTA X’s stay overseas. The members effortlessly boasted a fresh and warm atmosphere far from their splendid appearance onstage. They wore plain and casual clothes that visibly showed their natural images behind the cameras. 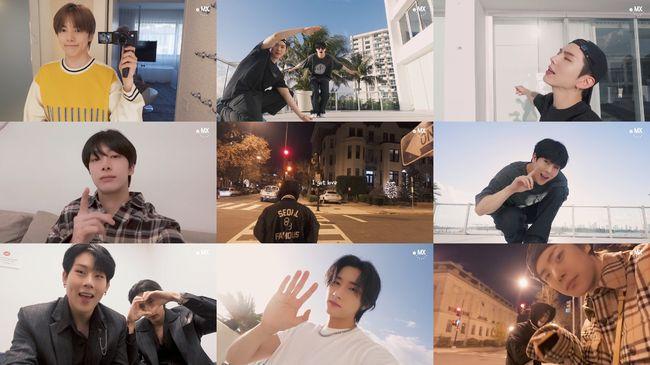 In particular, a series of hearts and adorable gestures targeted MONBEBE around the globe all throughout the self-cam video. Some scenes even saw Minhyuk and I.M out on a stroll while Kihyun and Joohoney had fun at the balcony of their accommodation. On the other hand, Hyungwon stays inside his room while unconsciously presenting his exceeding visuals that are second to none.

It is no exaggeration that the young monstas delivered a smile-inducing healing time to each viewer. The video was released with charm and affection towards MONBEBE, and it is indeed a perfect year-ender.

Moreover, “I got love” is included in the 10th mini-album No Limit. It is composed by Joohoney and YE-YO!, while I.M helped in writing his rap lyrics. “I got love” highlights how the fans’ warm love feels like the members are floating up over the clouds. The track conveys their desire to see fans face-to-face during the long time they did not meet. Joohoney also intended it to be a song that listeners can play while driving. 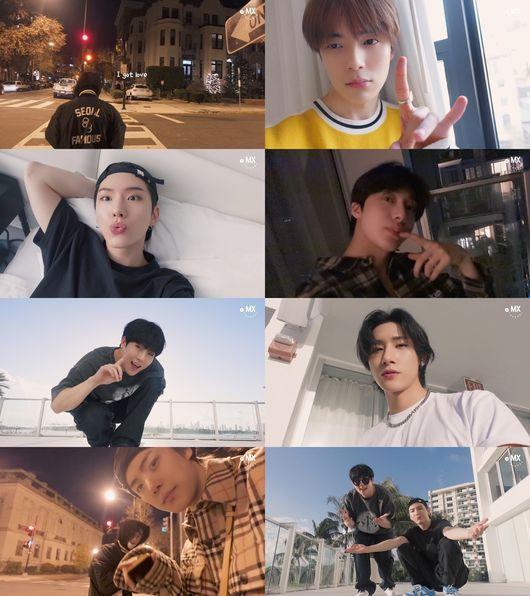 Meanwhile, MONSTA X has been proving its impeccable global presence until the end of 2021. Not only did the group settle on the Billboard 200 for two consecutive weeks with the 2nd English album The Dreaming, but it also continued to mark its places on the Top Current Album Sales and Hot Trending Songs. Furthermore, MONSTA X plans to communicate with global MONBEBE through several activities in various fields in 2022.