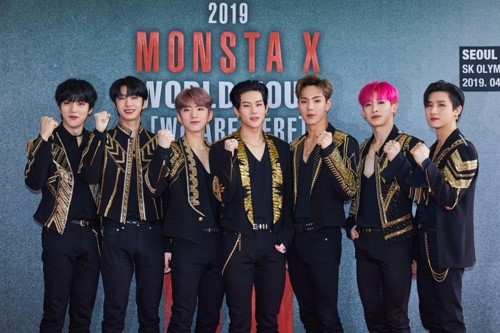 MONSTA X is ready to take over the international scene as they make the next move to reach more fans all around the world!

On May 29, MONSTA X announced that they have officially signed with the Los Angeles-based company Epic Records!

The group stepped up another level in their efforts to expand their global market by joining the same label which famously represents prominent artists like DJ Khaled, 21 Savage, Camila Cabello, and more internationally.

By signing with the company, MONSTA X had struck up a deal for the recordings of their English tracks and its distribution worldwide, except for South Korea.

“We are excited to join the Epic Family alongside some of the artists we admire the most. This is like a dream come true and we still can’t believe that this is happening to us,” the group said in their official statement. “We can’t thank our Monbebes enough for their endless support and for making everything possible,” they added.

“K-Pop has impacted the global conversation and influenced culture everywhere,” the chairman and CEO of Epic Records, Sylvia Rhone, shared in their official statement.

“At the top of that conversation, you’ll find MONSTA X. They’re ushering the genre into the future with an original style suiting their experience, passion, and diverse influences. We’re honored to welcome them to the Epic Records family,” Rhone added.

The delightful news was announced ahead of the beginning of the overseas shows for the group’s world tour 2019 We Are Here. Kicking off in Seoul last April, the tour will bring the seven boys to seventeen other cities all around Asia, Europe, North and South America, and Australia.