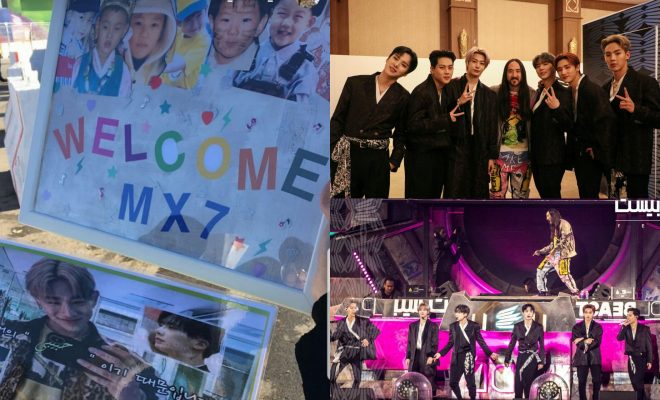 MONSTA X brought a royal set of performances on their exciting participation on the last day of the MDL Beast Music Festival!

MONSTA X delivered a grand closing ceremony to the MDL Beast Music Festival as they hit the Saudi Arabian stage for the very first time on December 21! 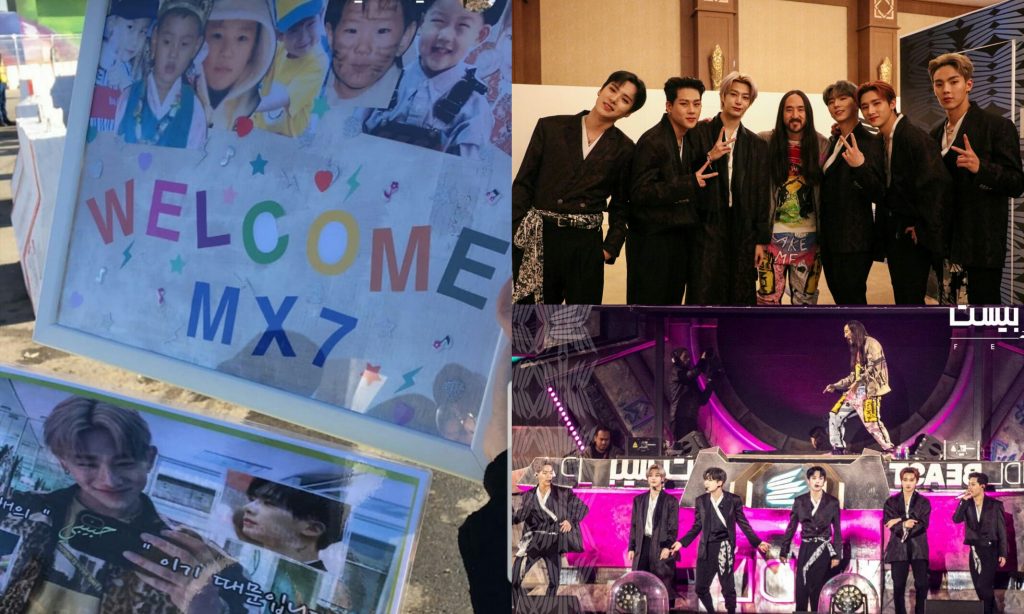 Taking on a strong start right away, the boy group began their set with their latest Korean comeback title track “Follow” as well as their recent English release “Middle Of The Night”. The group also made the crowd even more hyped up with powerful stages of “Tropical Night (열대야)”,  their English tracks “Someone’s Someone” and “Who Do U Love?”, and “Party Time”.

For the very first time, they also performed “See You Again”, a song from their latest mini-album Follow: Find You, followed by another sweet track and a classic favourite of Monbebes – “White Love”. Afterwards, they continued the party mood “Alligator”, “Oh My!”, and “Rodeo”.

Before closing their set of shows with “Fallin'”, the group performed their international hit “Play It Cool” with DJ Steve Aoki whom they collaborated with for the track. Having performed on the festival the previous day, the world-renowned DJ personally went to show his support for MONSTA X by joining them on stage for their collaboration song.

American musician and DJ @steveaoki teams up with #KPop group Monsta X (@OfficialMonstaX) to debut their international hit 'Play it Cool' at the #MDLBeastMusicFestival in #SaudiArabia #MDLBeasthttps://t.co/yyiPz5NwbI pic.twitter.com/iWvKLoNGMQ

Aoki also shared his own videos and photos of his moments with the boys, including a sweet Instagram story of their meet-up backstage where he proudly repped a custom-made jacket with a photo of MONSTA X’s seven members – a heartwarming way of showing support that even made the boys smile. Moreover, the DJ posted a picture of him and the group doing his trademark “Aoki Jump” together to commemorate their latest reunion.

Of course, Monbebes in Saudi Arabia also gave the boys their warmest welcomes and made sure to show their love, even with the group’s participation in the festival only being announced a few days before the event itself.

#LIVE: Fans in Saudi Arabia made dedicated signs for popular #KPop band Monsta X (@OfficialMonstaX) to welcome the Korean boy group to the Kingdom, ahead of their debut at the #MDLBeastMusicFestival in Riyadh #MDLBeasthttps://t.co/yyiPz5NwbI pic.twitter.com/7tLNYO7mX9

Even festivalgoers who aren’t fans of MONSTA X had shown positive responses to the group’s performances – especially during the show, as seen in videos with a completely-hyped up crowd shared on SNS.