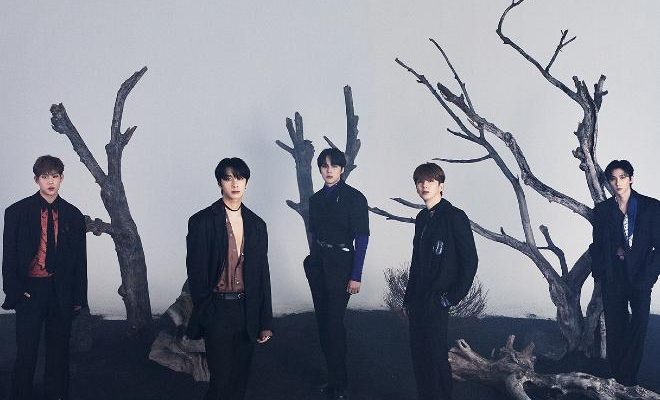 The powerhouse group has been raising expectations for the upcoming Korean comeback with the mini-album No Limit and it shows in the several reveal of concept photos and the album preview. In particular, the recently released music video teaser for “Rush Hour” got every MONBEBE at the edge of their seats.

The music video teaser captures MONSTA X’s professionalism against the backdrop of a rough wilderness. The whistling sound heard at the start of the video soon subsides and turns into a strong beat. Then, each member appears like the main man of a masterpiece film.

Each member shows off an outstanding image in every cut. Specifically, the talented members show no mercy with their unconventional hairstyling, especially Joohoney’s. The teaser presents the members’ improved visuals that boast their confident energy just with their stares.

MONSTA X is able to show off its strong aura that proved its modifier “trustworthy performance masters” which will be further presented throughout the album promotions. The members also actively participated in the creation of the album. Joohoney, in specific, was in charge of producing the title track once again following his previous work, “GAMBLER.”

Meanwhile, MONSTA X will hold an online showcase through the global fandom platform UNIVERSE on November 18 at 11 PM KST. On the following day, MONSTA X’s new mini-album No Limit will be released on various online music sites at 2 PM KST.