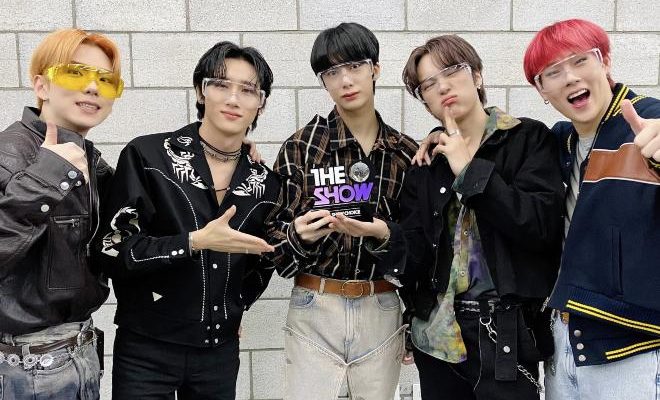 There’s really no limit to their charisma as the talented young men of MONSTA X receive their 1st music show win for “Rush Hour.” 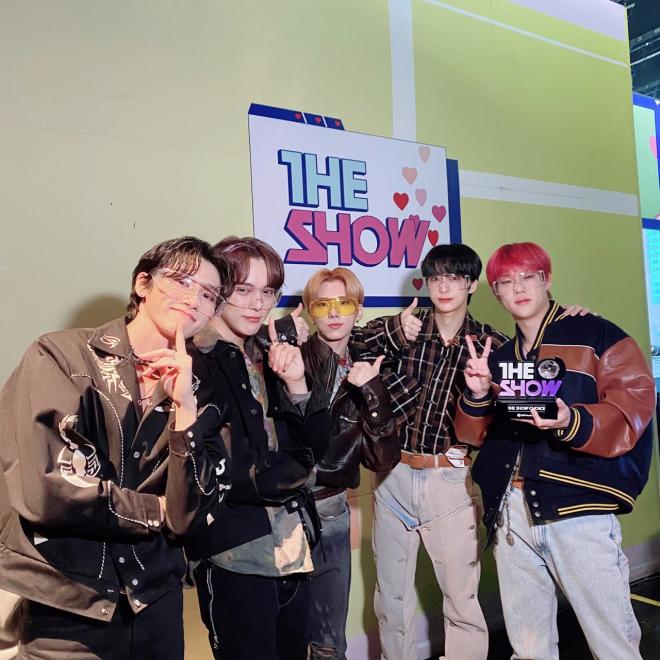 On November 23, MONSTA X went to start its second week of promotion for the 10th mini-album No Limit on SBS MTV’s The Show. Before starting the show, the first-place nominees were announced, revealing MONSTA X against ONEUS and trot singer Jeong Dong Won.

MONSTA X has performed its latest title track “Rush Hour,” gracing yet another powerful performance with overflowing charisma. Written and composed by the group’s main rapper Joohoney, “Rush Hour” is a track that captures MONSTA X’s identity by comparing the current saturated Kpop scene to the congested traffic experienced during rush hour.

The five irresistible young men vividly presented a performance that displays the group’s unrivaled confidence as they carve their own path even in the disordered world created by the pandemic.

SBS MTV’s The Show crowns MONSTA X as the first-place singer for the fourth week of November. Just like the meaning of the mini-album No Limit, these young monstas successfully shone even more despite the era of infinite rivalries with their unlimited talent and potential as artists.

Minhyuk led the acceptance speech noting that this is the first time they will receive a win for the promotion. “I’m so honored to receive it from The Show. Of course, to our beloved MONBEBE, I want to say that we always love you.”

Passing the microphone to Joohoney, the track’s creator humbly thanked MONBEBE for giving them this first win trophy. “To be honest, I never thought we couldn’t do it but I’m so grateful for being able to win on The Show like this. It’s sad that we are receiving this first-place trophy in a situation where we can’t see MONBEBE. But I always want to say thank you to all MONBEBE.”

Joohoney also extends his promise to continue making the greatest songs that define MONSTA X’s power in the future. And of course, MONSTA X cannot end the speech without showing off their extraordinary love for fans as they shout “I love you MONBEBE” altogether.

Meanwhile, MONSTA X has recently released its 10th mini-album No Limit on November 19 at 2:00 PM KST. The album consists of 7 tracks including the title song “Rush Hour.”