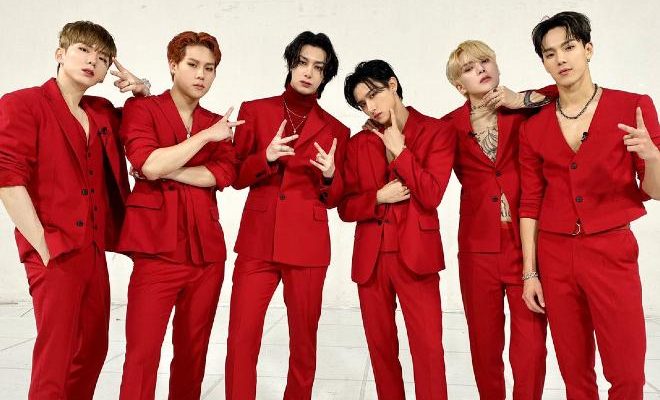 Hyungwon, Joohoney, and I.M will once again present global MONBEBE with some splendid tracks!

MONSTA X continues teasing global MONBEBE with a tracklist image ahead of the much-awaited Korean comeback with the new mini-album No Limit. 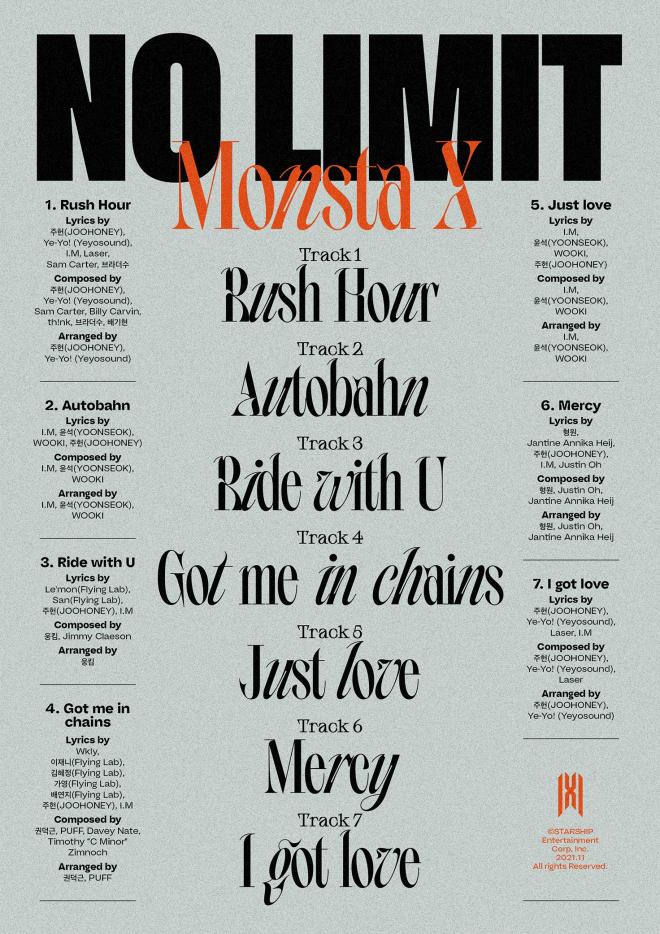 On November 5, MONSTA X unveils the tracklist image for the new mini-album No Limit. The upcoming Korean release will consist of a total of seven tracks, including the title song “Rush Hour.”

According to the tracklist image, main rapper Joohoney is once again in charge of the production and lyrics composition of the title track for this exciting comeback.

“Rush Hour” is made possible with Joohoney’s applaudable producing skills alongside renowned composers Ye-Yo!, BrotherSu, and more. I.M also participated in writing the lyrics for the song.

“Rush Hour” is expected to captivate global MONBEBE by comparing the meaning of a time in a person’s life when the world is crowded and complex. The atmosphere of the song will create yet another spectacular image while staying true to MONSTA X’s powerful identity.

No Limit also includes tracks written by Hyungwon and I.M. Specifically, “Mercy” is written and composed by Hyungwon. While the tracks “Autobahn” and “Just love” will further prove the maknae I.M’s impressive talent as a flexible artist.

Other tracks in the forthcoming mini-album include “Ride with U,” “Got me in chains,” and another Joohoney-made track “I got love.”

In particular, the US magazine Forbes has noted the powerhouse group achieving countless recognitions here and there. MONSTA X has received its 15th Top 10 on the Billboard World Digital Song Sales Chart with the previous Korean title track “GAMBLER.”

It is not an exaggeration that the six-member boy group will once again see the highest peak of their career with this powerful return. 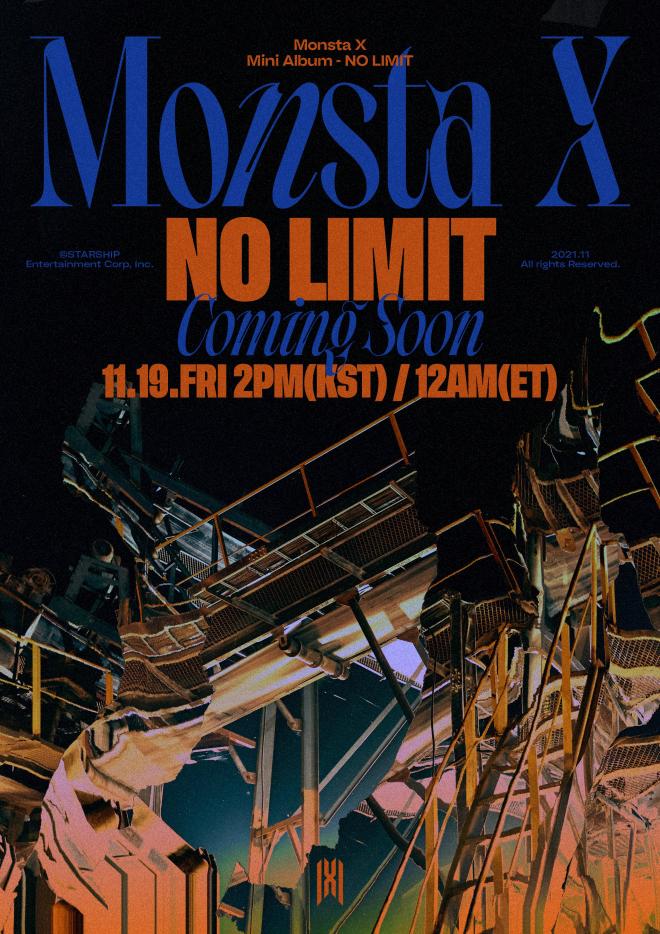 Meanwhile, MONSTA X will return with an unrivaled uniqueness and color with the new mini-album No Limit on November 19. The music video for “Rush Hour” as well as the album itself will be released on various music sites at 2:00 PM KST.