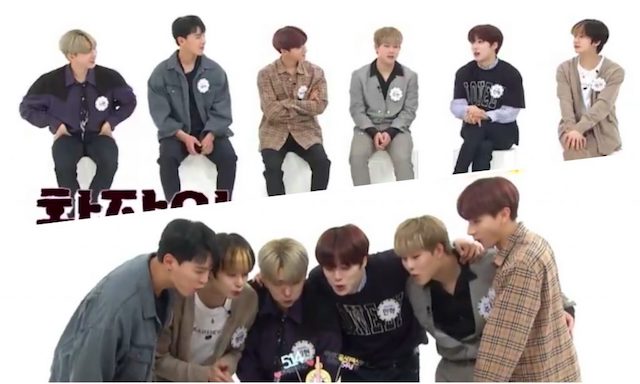 By Yann | May 11, 2020
25
SHARES
FacebookTwitter
SubscribeGoogleWhatsappPinterestDiggRedditStumbleuponVkWeiboPocketTumblrMailMeneameOdnoklassniki

MONSTA X and their variety show charms shine once again as they prep for a hilarious guesting in line with their comeback!

The hilarity and chaos that will unfold in the upcoming episode of Weekly Idol is brought to viewers by none other than the world-famous boy group, MONSTA X!

The group’s members will be making their guest appearance on the entertainment variety show’s new episode which is set to air this May 13 at 5 PM KST. This marks approximately ten months since they last visited to promote their seventh mini-album Follow: Find You, although Minhyuk and Kihyun earlier graced the show as guest hosts for the episode featuring ONEUS.

Hosted by Kwanghee and Super Junior’s Eunhyuk, the new Weekly Idol episode was set in line with the group’s activities for their comeback with the mini-album FANTASIA X. However, its release has been postponed to May 26, later than its original schedule of May 11.

In the preview that the variety show released, the group made sure to fill the episode up with love as they blew out candles on a cake as a celebration of their May 14 debut anniversary.

Despite their sweet and heart-fluttering compliments for each other, MONSTA X brought forth chaos as they took on the challenges for the program’s segments.

This included the “Face Window” corner where each member was tasked to show their certain charms, as well as the segment where they pick out papers with specific questions pointing out to a member of their choice, whom they have to give a back hug as an answer.