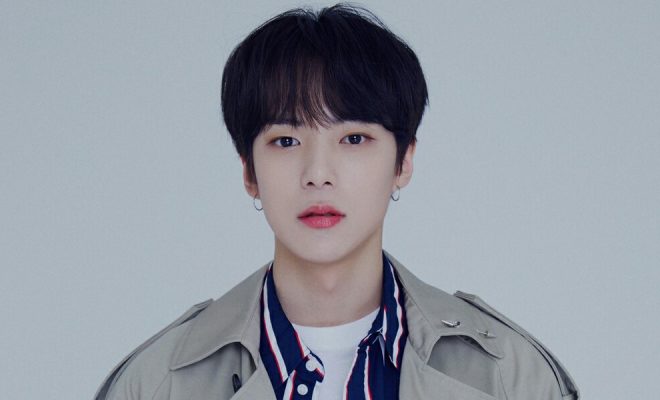 MONSTA X’s Minhyuk has made his long-time dream of hosting a show as a permanent MC finally came true!

MONSTA X’s Minhyuk expressed his overflowing excitement towards his upcoming stint as one of the new hosts for SBS Inkigayo!

Marking a dream come true for the MONSTA X vocalist, this new milestone in his career definitely served as one of the most delightful news this month that he and his fans received.

“I’m really honored and happy to be the MC of such a long-running music show,” Minhyuk shared through his agency Starship Entertainment. “It’s the first time I’ve been selected as a fixed MC for a music show, so I’m very nervous, but I’m looking forward to it because it’s a new challenge,” he further expressed his feelings towards his new project.

“I love listening to music so much, so I want to enjoy and watch the stage with the viewers. As the MC of Inkigayo, who takes care of fans’ Sunday afternoons, I will do my best to show everyone a good performance with bright energy,” Minhyuk also promised to viewers and Monbebes who anticipate his new assignment on the show.

Minhyuk has previously shown his charms as a special emcee in Inkigayo as well as SBS MTV’s The Show. His entertaining way of communicating to viewers had also made him one of the usual emcees of MONSTA X for their live broadcasts and variety shows.

In fact, both his groupmates and fans laud him for his charisma and ability as a host to keep the high energy and cheerful atmosphere running.

Together with NCT’s Jaehyun and APRIL’s Naeun, the MONSTA X vocalist will be making Sunday afternoons even more cheerful beginning October 20 as regular emcees of the music show.

The three will be replacing SEVENTEEN’s Mingyu and Shin Eun Soo, who are set to wave goodbye as the current hosts of SBS Inkigayo on this week’s episode.