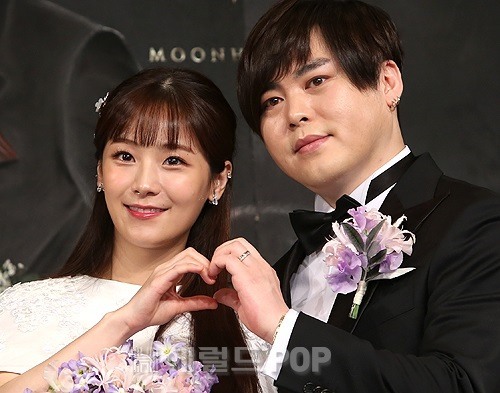 What a romantic man.

On February 12, H.O.T.’s Moon Hee Joon and Crayon Pop’s Soyul got married at Hotel Shilla in Seoul after 2 years of dating. 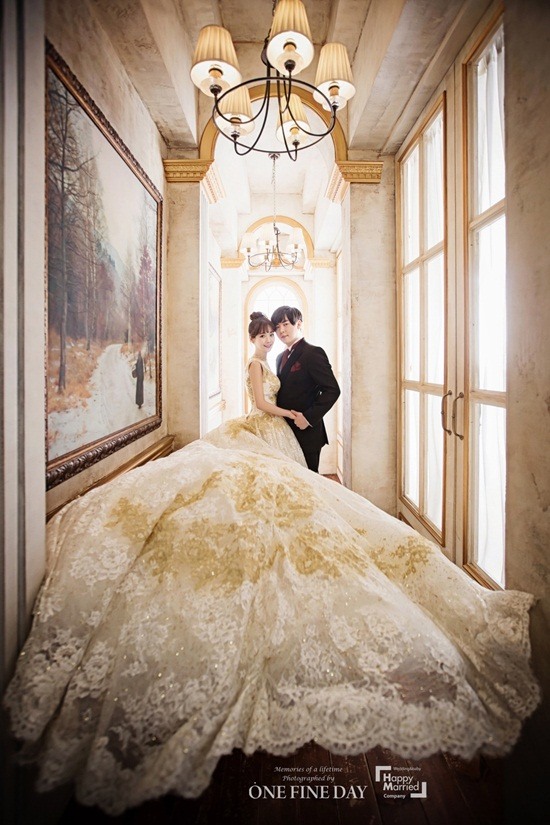 Celebrities friends of the couple attended their wedding. Cho U-jong took charge of the ceremony host. Crayon Pop’s Gum Mi and H.O.T.’s Tony An sent best wishes to the bride and groom through a congratulatory poem, while H.O.T.’s Kangta had a performance at the ceremony. 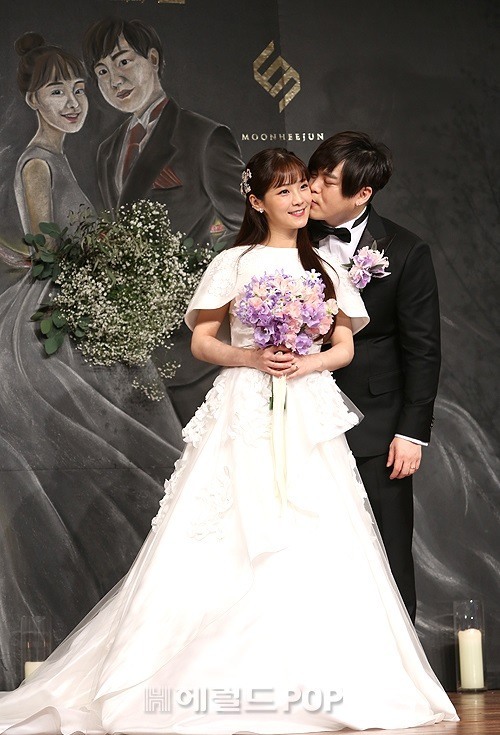 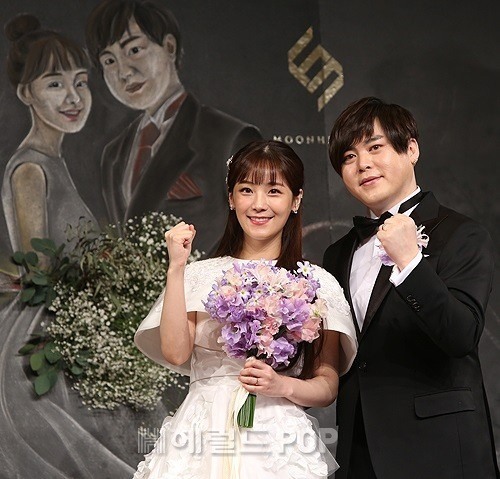 On the same day, the newlywed held a press conference to announce their special day to fans and media. Soyul shared about her nervousness before the most important day in her life: “I could only sleep about an hour.”

Moon also had the same feeling with his wife. He said: “I usually fall asleep as soon as I lie down, but I stayed up all last night.” 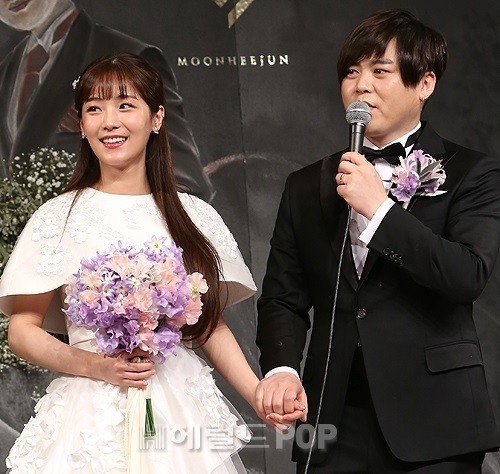 In addition, the member of Crayon Pop revealed the touching proposal that she received from her husband, sharing: “I thought oppa wasn’t going to propose because of his busy schedules. Then he suddenly asked me to get a cruise ride together.”

She said: “There was a cute yacht. And he proposed to me with his heartfelt words in the yacht. So I burst into tears. I was touched by his sincere heart, and tears rushed to my eyes.” 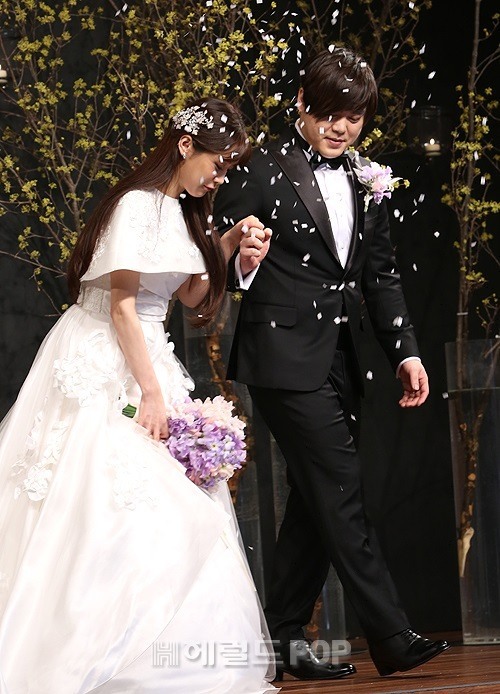 After that, Moon explained: “I really wanted to propose before the wedding. I didn’t have time, and it wasn’t easy to prepare it in secret. I searched on the internet, and I found that yacht proposal was the best. So I rented a yacht and prepared a letter and photos. She cried watching the video.”