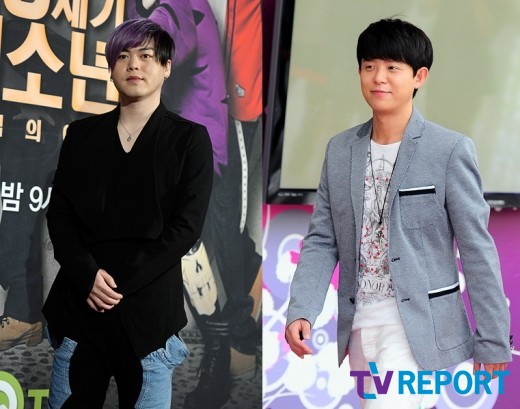 H.O.T‘s former member, Tony An, will be a guest performer at his former group member Moon Heejun‘s solo concert.

According to Moon Heejun’s agency on the 15, he will hold his solo concert ‘WHO AM I? -AGAIN’ at Ehwa’s Women University‘s Samsung Hall from 26th til 28th. Tony An will be the guest on the first day of concert.

It’s been about 12 years since both of the H.O.T former members stood on the same stage together. The last time being at H.O.T’s solo concert on 27t February 2001 at Jamsil Olympic Stadium.

Moon Heejun said through the agency: ‘I have done solo concerts for the past 10 years, but it is the first time inviting a guest. Because it is the first-ever guest, I invited Tony An to make the stage meaningful.’

The project group, H.S.g.R made up by two said artists along with Eun Ji Won, Danny An and Chun Myeong Hoon for QTV’s ’20th Century Flower Boys’ has garnered much attention.

FacebookTwitter
SubscribeGoogleWhatsappPinterestDiggRedditStumbleuponVkWeiboPocketTumblrMailMeneameOdnoklassniki
Related ItemsconcertH.O.TH.S.g.Rmoon heejuntony an
← Previous Story Is the ‘I Hear Your Voice’ writer a Shinhwa Changjo?
Next Story → EXO release drama version of ‘Wolf’