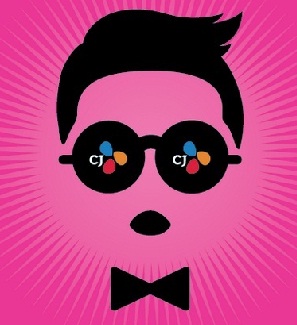 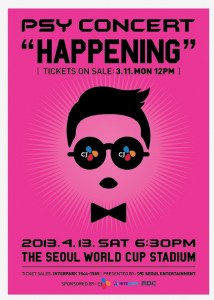 Following the massive success of worldwide hit Gangnam Style, veteran singer PSY is ready to take his homeland by storm!

The singer is scheduled to perform for his fans at Sangam Seoul World Cup Stadium in Seoul, to be held on the 13th of April. As released by YG Entertainment via their official Twitter account, ticket sales have begun on the 11th of March at 12PM KST.

As released by Interpark Ticket, ticket prices are as follows:

Hellokpop, as an independent K-pop news site (without influence from any agency or corporation), we need your support! If you have enjoyed our work, consider to support us with a one-time or recurring donation from as low as US$5 to keep our site going! Donate securely below via Stripe, Paypal, Apple Pay or Google Wallet.
FacebookTwitter
SubscribeGoogleWhatsappPinterestDiggRedditStumbleuponVkWeiboPocketTumblrMailMeneameOdnoklassniki
Related ItemsconcertHAPPENINGPsy
← Previous Story 2NE1: See you there at Twin Towers @Live 2013 in Kuala Lumpur
Next Story → Super Junior confirms additional stops for ‘SUPER SHOW 5’