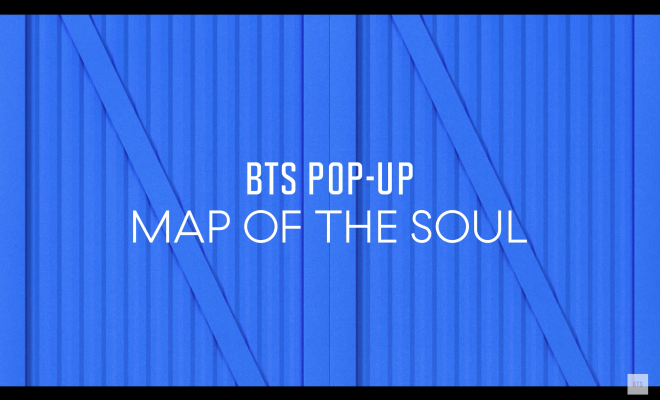 Most Awaited BTS POP-UP Store To Launch Next Week Online

BTS will be launching their new pop-up store Map of the Soul: 7 online due to the pandemic situation and showcase their offline store in limited countries.

Merch is what fans buy to support their favorite artist which in some way make them feel closer to them. For ARMY, the adoring fandom of BTS, the same rule applies.

Returning their fans’ love, after gifting them with extraordinary concerts, BTS follows up with the unveiling of a new online merchandise store on October 13. BTS announced the news through animated videos on their YouTube channel, which contained various symbols from their songs.

BTS POP-UP: Map of the Soul

BTS’s new pop-up store will be inspired by their latest studio album Map of the Soul: 7. The album has been globally recognized, broken chart records, and won various awards.

ARMY fawned over the album which contained solos by each band member and unit songs which were entirely groundbreaking.

BTS POP UP: MAP OF THE SOUL will display over 300 products, which will vary from clothing to household items.

The pop-up store will contain the main showroom where the merchandise will be sold, numerous areas where they will recreate the concepts from the album’s music videos.

TinyTan the series for BTS inspired animated characters, will also have their own area for its merchandise.

Availability of the Pop-up store

Due to the COVID-19 pandemic, unlike their previous pop-up store, this one will be mainly held online.

Countries such as Indonesia, Malaysia, the Philippines, United States, Germany, Britain, and France, will be given access from November 14.

The online store will only be available in South Korea, Japan, Europe, the US, Indonesia, Taiwan, Singapore, Malaysia, Vietnam, Thailand, and the Philippines.

Seoul, Tokyo, and Singapore will be the only countries where the pop-store will be showcased offline.

The theme of the store will be all blue, which is the key color of the album Map of the Soul: 7. 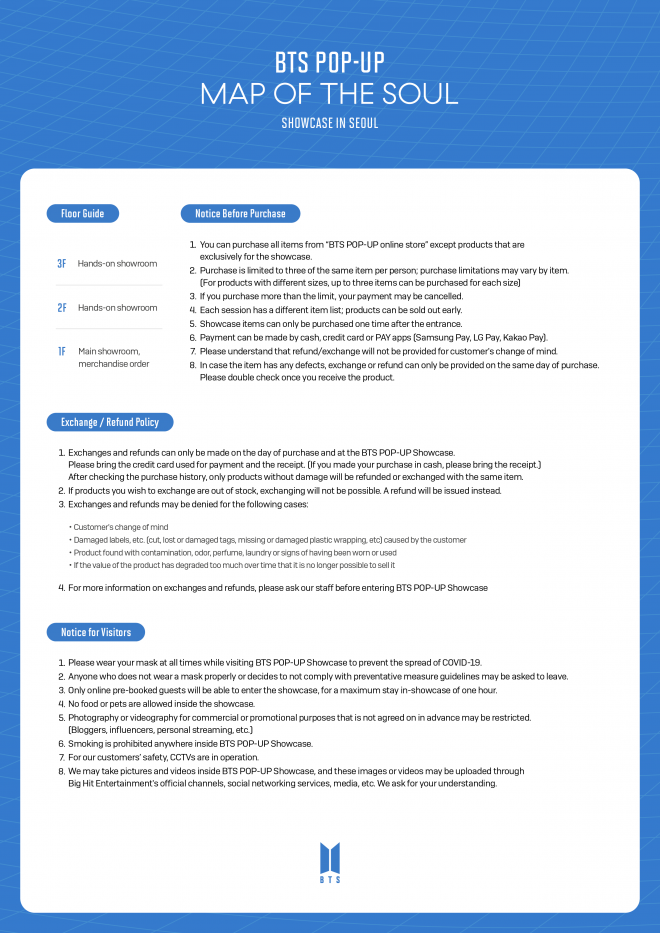 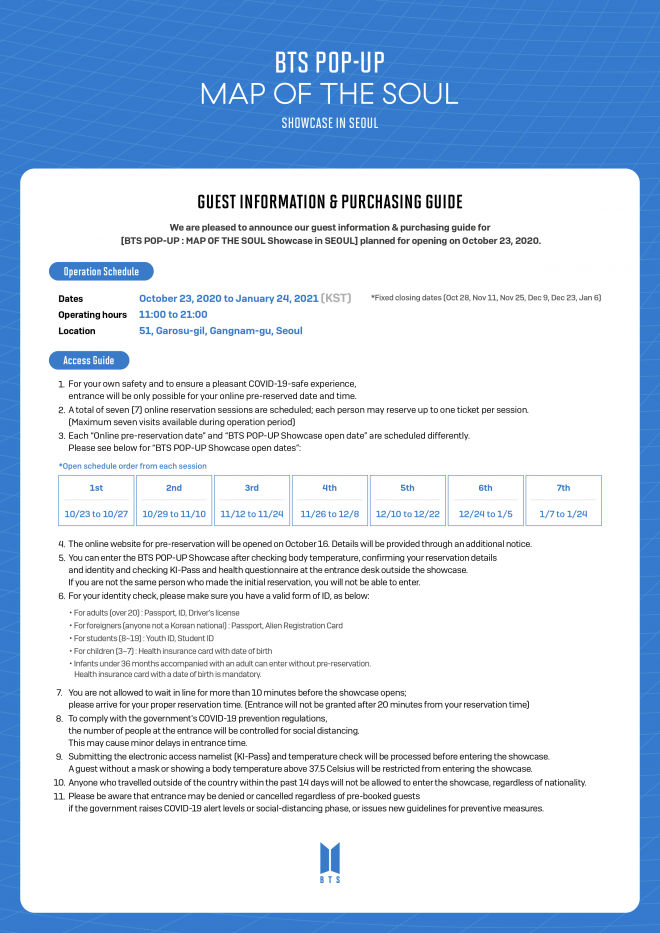 A gift for the ARMY

The showcases will run at the same time as the pop-ups store. Due to the COVID-19 guidelines, fans will have to reserve their tickets online.

BTS’s most recent pop-up store House of BTS, was immensely popular when it was open for 80 days.

Expanding their shop online will give them even a more global reach before. This is especially for the ARMY’s who have not been able to go to their pop-up before.

House of BTS’s color theme was mainly in Pinks and warmer colors. For this pop-up store, they toned down their color theme to cooler colors like blue, to match with their album theme.

Big Hit stated, “The new BTS pop-up store BTS POP-UP: MAP OF THE SOUL will be simultaneously held online and offline to provide a different fan experience in the new normal era.

We hope that the showcases in Seoul, Tokyo, and Singapore will be able to comfort fans who are saddened by the cancellation of the BTS tour and act as a small haven for artists and fans to feel as if they are together.”