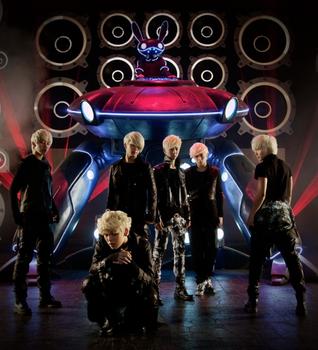 As most arguably, the hottest rookie group to come out of Korea this year;   B.A.P exploded onto the Kpop music scene with their break-out hits  Warrior and Power. Catapulting them to international stardom instantly. Their highly successful debut in late January, and their ever-growing fan base has made B.A.P one of the hottest rookie groups in recent memory.

With fans ever clamoring for more, we are pleased to announce MTV SEA (South East Asia) has begun airing the Ta-dah! It’s B.A.P series.  The show is set with the concept that the members of B.A.P are aliens from another planet that come to earth to become stars and take over the world.

Each episode will be aired on every Sunday, beginning on July 1. Want to know when, where, and what channel? Check out the line-up below.