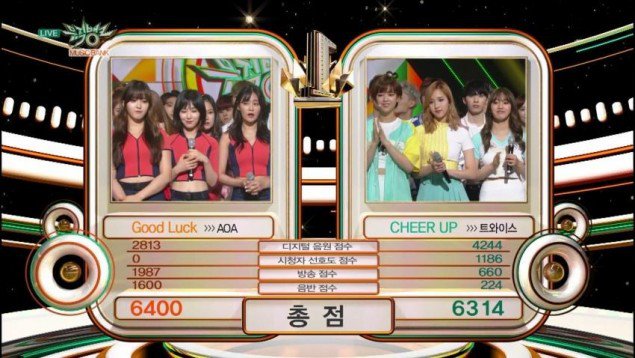 By CL | May 31, 2016
46
SHARES
FacebookTwitter
SubscribeGoogleWhatsappPinterestDiggRedditStumbleuponVkWeiboPocketTumblrMailMeneameOdnoklassniki

The real winner of the May 27 episode of KBS’ Music Bank was revealed to be Twice, instead of AOA. 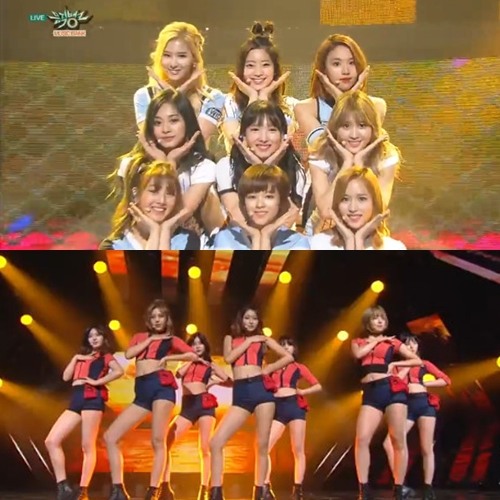 After drawing flak from netizens about AOA‘s numbers being rigged in order for the group to clinch the #1 trophy of the week, Music Bank has apologized as there was indeed an oversight in the calculation of points. The rightful winner of the week’s number 1 spot was Twice with ‘Cheer Up’.

The program announced that there indeed was a mistake in selecting the week’s winner. An insider from KBS said: “There was an error while one of the staff members was adding the numbers on Microsoft Excel. This is undoubtedly our fault. We are deeply sorry for our mistakes. We will not let anything similar happen again.”

Fans have demanded a sincere apology to both sides, and the music program is expected to readjust its K-chart rankings in light of these updates.