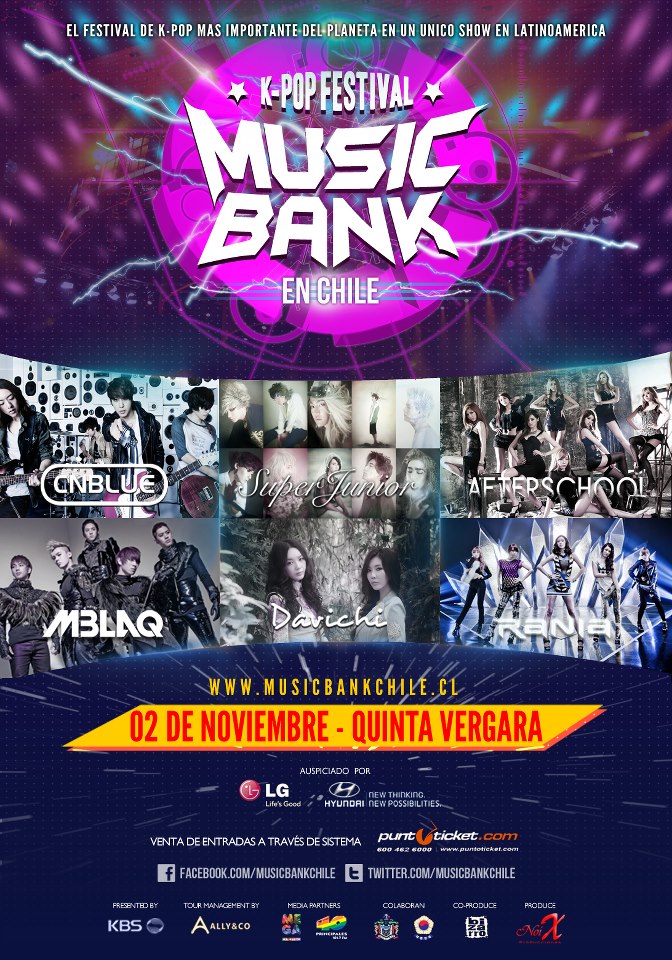 Music Bank to be held in Chile this November

Following the success of JYJ‘s Junsu‘s concert in Chile, NoiX Producciones is bringing another K-pop event into the country.

Entitled ‘Music Bank en Chile’, the event will feature some of the biggest names in K-pop like Super Junior, MBLAQ, CN Blue, After School, Davichi and Rania. It will be held on November 2, 2012 at Quinta Vergara, Viña del Mar. Ticketing details will be released in the coming days.

Check out the official promotional video below: