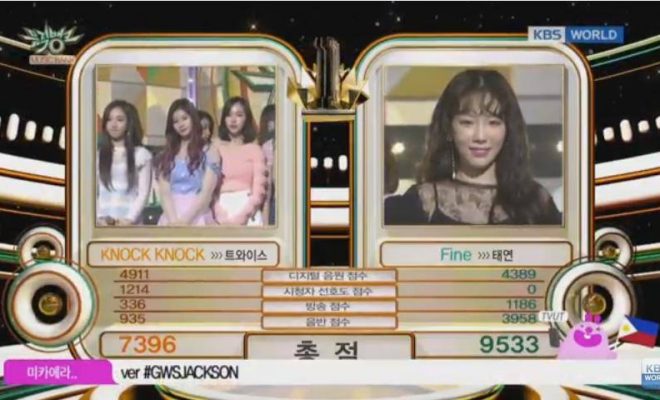 What is the reason for Music Bank’s announcement?

On the March 17 episode of Music Bank, SNSD‘s Taeyeon competed against girl group TWICE for the honorable #1 trophy.

However, according to an official statement from KBS, the Music Bank episode in question, which premiered on March 17, was originally scheduled to be aired on March 10.

Read more: No Matter How TWICE ‘Knock Knock’, SNSD’s Taeyeon Still Wins, Not Once But Twice

But due to South Korean president Park Geun-hye‘s removal from office over a corruption scandal, the show was delayed to broadcast on that day. 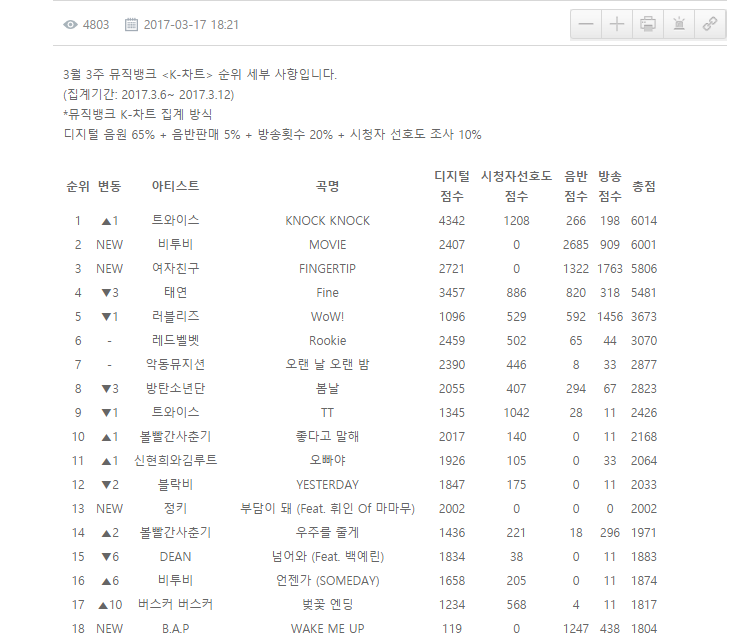 It means that Taeyeon won the trophy for the 2nd week of March. Meanwhile, the winner for the 3rd week of March, as revealed by KBS, is none other than TWICE.

With 6014 votes for their new track titled Knock Knock, the girls overwhelmed many strong rivals to take the first spot on Music Bank’s chart.

This achievement also marks TWICE’s 8th win since its new track was released on February 20.