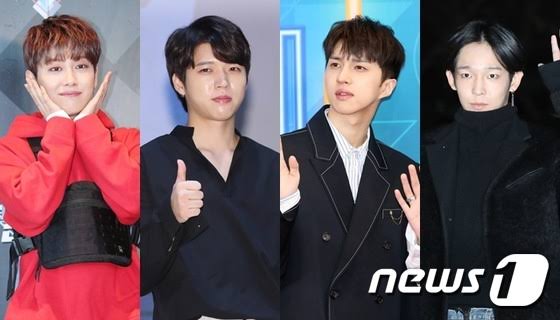 Musical Mefisto has announced its star-studded cast, which includes several notable idols for its lead male and female roles.

Nam Woo Hyun has previously starred in huge musical productions like The Days and Barnum: The Greatest Showman. He received a lot of positive feedback from the public through both roles for his acting and singing skills.

VIXX’s Ken is also a well-known musical actor-idol, especially after his notable performance in his role for the staging of Hamlet in 2018. In fact, his performance earned him a rookie award in the musical actor category from the 12th Daegu International Music Festival.

Meanwhile, Noh Tae Hyun and Nam Tae Hyun will both make their debuts in the musical stage through Mefisto. Additionally, Fiestar’s Linzy and gugudan’s Nayoung will also join these male idols in the upcoming play.

Mefisto is a re-telling of Goethe’s literary piece Faust from the demon Mephistopheles’ point of view. It is scheduled to run from May 25 to July 29 at the Kwanglim Arts Center, BBC Hall in Seoul.

Are you looking forward to watching Mefisto on the musical stage? Let us know by leaving a comment below, giving us a holler on Facebook, or tweeting us at @hellokpop!