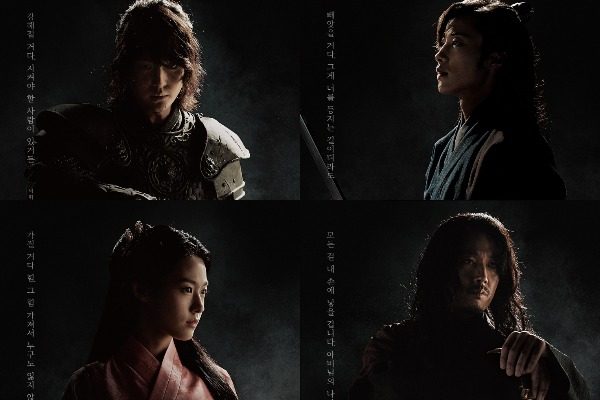 Dauntless lead character posters of My Country was unveiled by the network.

My Country starring Yang Se Jong, Woo Do Hwan, Kim Seol Hyun and Jang Hyuk is set between the end of the Goryeo Dynasty and the start of the Joseon Era. The story will revolve around people’s desire for power and protection which give rise to conflicts and personal battles. The actors all look intense in their respective character posters. 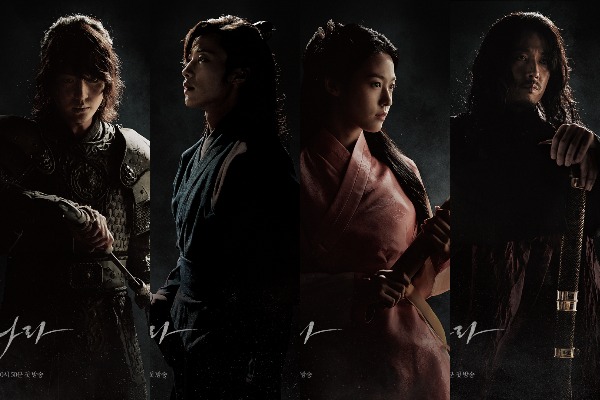 The first poster depicts Yang Se Jong’s character Seo Hwi, the son of a well-known general. He is fully armored with a sword in hand. Despite the strong aura, he is wearing a dreary expression. In the poster copy it says, “I will be strong. There is someone I need to protect.” The phrase highlights his character’s main motivation – that is to protect the one he loves. 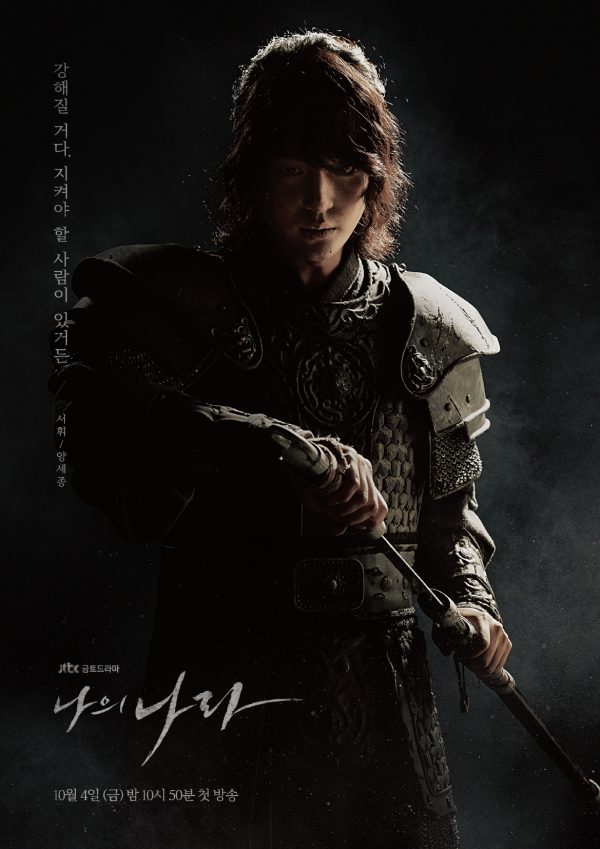 Meanwhile, Woo Do Hwan displays a determined and ambitious look. He plays Nam Sun Ho, a military officer whose birth history is deemed undesirable. He may be a son of a nobleman, but considered illegitimate because his mother is from the lower class.

Nam Sun Ho is resolute in climbing up the ranks and he will do whatever it takes to get there. The phrase written on the poster which states, “I will take it. Even it means turning my back on you,” clearly describes Nam Sun Ho’s disposition. 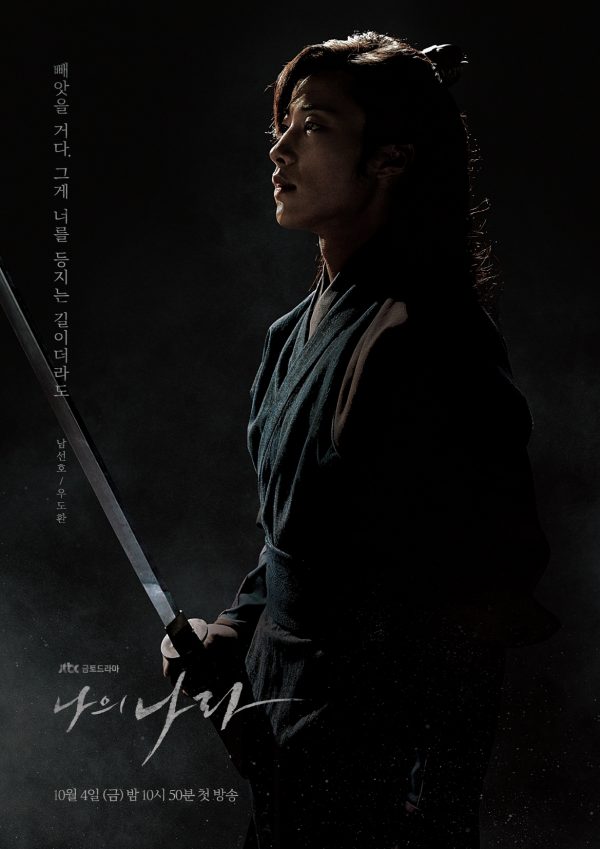 Seo Hwi and Nam Sun Ho were friends, however, their conflicting beliefs will lead to a fight. The war between these characters is one of the things to look out for in the drama.

AOA’s Kim Seol Hyun takes on the role of Han Hee Jae. She is an intelligent woman who becomes dispirited because of the corruption and injustice happening around her. Wearing an elegant gown, the serious expression on her face and intense gaze shows her brave attitude.

Adding more to the character’s unbreakable spirit are the words inscribed on her poster, “I will gain power. Because with power, I will not lose to anyone.” 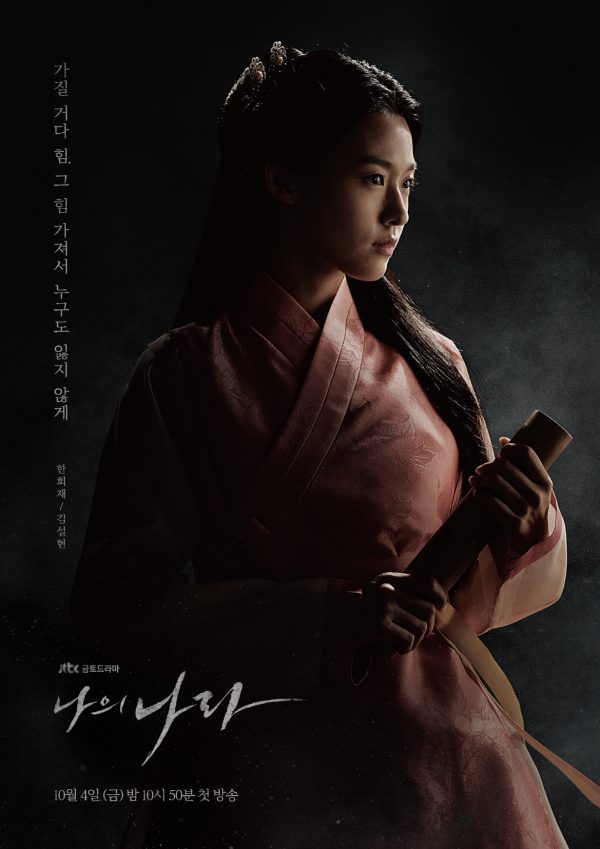 Completing the drama’s four lead characters, is the versatile actor Jang Hyuk. He portrays Lee Bang Won who played a great role in deposing the Goryeo Dynasty which leads to the start of Joseon Dynasty. Despite people and Lee Bang Won’s expectation that he is his father’s successor, his father is leaning towards his more favored son – Lee Bang Won’s half-brother.

The desolation, grim expression and Jang Hyuk’s formidable presence give a glimpse into his character’s state of being. The poster copy says, “I will get everything in my hands. Including my father’s kingdom.” 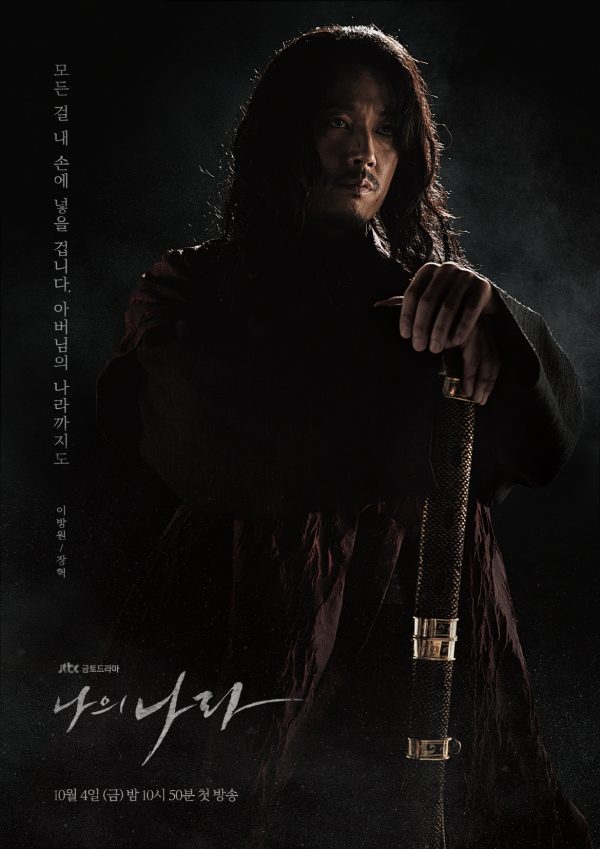 The production team of My Country said, “The unique aura of Yang Se Jong, Woo Do Hwan, Seol Hyun and Jang Hyuk captured the stories of these characters who lived in the early days of Joseon.” “The strong energy coming from the actors added perfection to the portrayal their characters,” the team added.