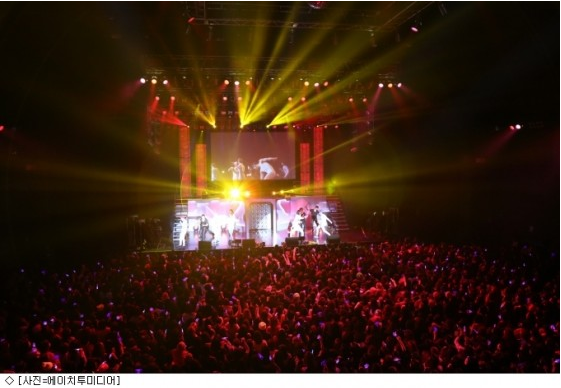 MY NAME successfully concluded its concert in Japan. MY NAME held their concert  ”MYNAME 1st Live ”WHAT’S UP” on 15 and 17 December at Osaka and Tokyo respectively and more than 5000 Japanese fans attended the concert.

The whole concert lasted about 2 hours. The members performed Message and WHAT’S UP which were also released in Japan and some tracks from their Korean album. The members had also prepared their own solo stage. More than 5000 fans went wild with their powerful performances.

Additionally, MY NAME has set to release its 2nd mini album next January.

Hellokpop, as an independent Korean entertainment news website (without influence from any agency or corporation), we need your support! If you have enjoyed our work, consider to support us with a one-time or recurring donation from as low as US$5 to keep our site going! Donate securely below via Stripe, Paypal, Apple Pay or Google Wallet.
FacebookTwitter
SubscribeGoogleWhatsappPinterestDiggRedditStumbleuponVkWeiboPocketTumblrMailMeneameOdnoklassniki
Related ItemsconcertMessagemini albumMY NAMEMYNAME 1st Live ''WHAT'S UPsolo stageWHAT'S UP
← Previous Story A-Prince Europe Tour 2013: Dates and venues released, featuring DJ Roem
Next Story → T-ara turns down liquor advertisement deal worth hundred of thousands