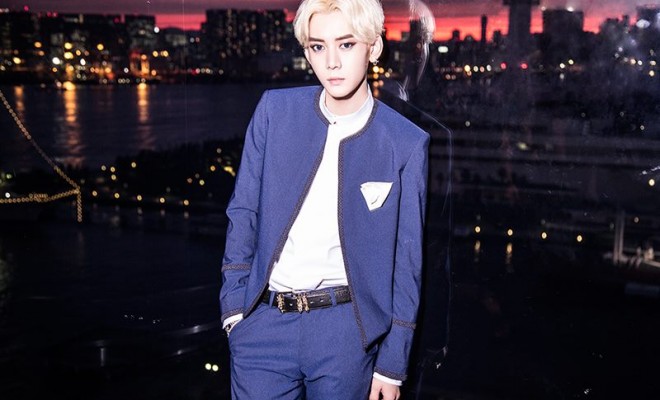 MYNAME’s Gunwoo To Make Japanese Solo Debut On His Birthday

MYNAME’s Gunwoo is confirmed to make his Japanese solo debut next January.

The MYNAME member announced the good news to fans through a video on November 28. He is slated to drop his first Japanese solo mini album on his birthday, January 30. It is noted that Gunwoo participated in the production of the album.

In related news, MYNAME will kick off its nationwide live tour in Japan on February 21 at Zepp Divercity Tokyo. More details of the tour is to be revealed soon.

We need your support! If you have enjoyed our work, consider to support us with a one-time or recurring donation from as low as US$5 to keep our site going! Donate securely below via Stripe, Paypal, Apple Pay or Google Wallet.
24
SHARES
FacebookTwitter
SubscribeGoogleWhatsappPinterestDiggRedditStumbleuponVkWeiboPocketTumblrMailMeneameOdnoklassniki
Related ItemsGunwooJapanMYNAMEsolo albumsolo debuttour
← Previous Story BtoB Confirmed for New Japanese Single Next February
Next Story → Laboum Drops Second MV Teaser For “Aalow Aalow”