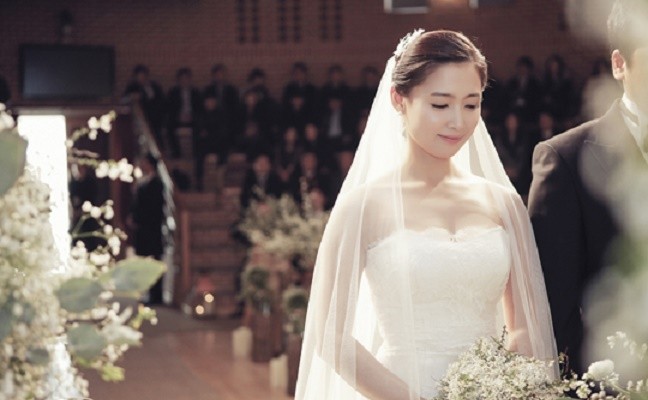 By Larissa | May 20, 2015
23
SHARES
FacebookTwitter
SubscribeGoogleWhatsappPinterestDiggRedditStumbleuponVkWeiboPocketTumblrMailMeneameOdnoklassniki

According to an official announcement from the actress’s label on May 20, Nam Sang Mi and her husband are confirmed becoming parents, as she is currently into the 14th week of pregnancy.

After getting married to a businessman at a small church outside of Seoul on January 24, the actress and her husband enjoyed their honeymoon for more than a month in the U.S.

Nam Sang Mi is said to be ecstatic about her pregnancy with their honeymoon baby and first child. She is currently receiving prenatal care and is expected to give birth in November.

She was originally planning on enjoying her marriage for the first half of the year before returning to acting in the later half, but as she is pregnant, we will be making changes in her schedules. For now, she will take care of her body and deliver her child. We think she′ll be able to greet fans in the second half of next year.

We need your support! If you have enjoyed our work, consider to support us with a one-time or recurring donation from as low as US$5 to keep our site going! Donate securely below via Stripe, Paypal, Apple Pay or Google Wallet.
23
SHARES
FacebookTwitter
SubscribeGoogleWhatsappPinterestDiggRedditStumbleuponVkWeiboPocketTumblrMailMeneameOdnoklassniki
Related ItemsNam Sang MiSeoulU.S.
← Previous Story EXO’s Xiumin In Discussion To Act In New Movie ‘Kim Seon Dal’
Next Story → Secret’s Jeon Hyo Seong Is Confident with Her Weight