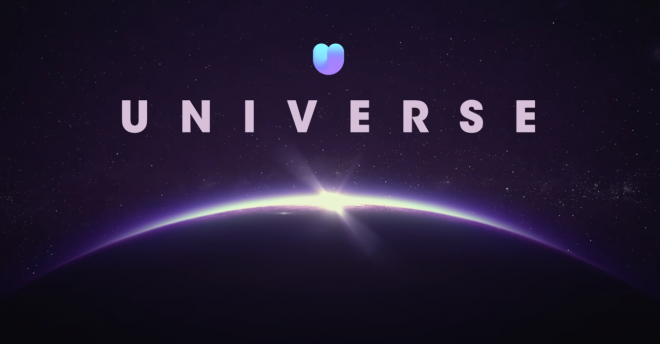 NCSOFT is launching a new global platform called UNIVERSE. The mobile playground will allow fans all over the world to come together and connect in a new way with their artists.

UNIVERSE is the largest global fandom platform that allows users to enjoy various online and offline fandom activities through mobile devices. It combines the latest IT technologies, such as AI (Artificial Intelligence) and entertainment contents. Also, for the convenience of fans, it is serviced in three languages in 134 countries.

UNIVERSE is already raising global fans’ expectations by announcing the birth of a new concept platform that was not seen on existing K-pop ones.

NCSOFT will produce various UNIVERSE original contents through its subsidiary KLAP, which was established in July. In addition, with the AI technology and the new concept service that will be introduced, the platform is expected to become a global sacred place for K-pop fans.

UNIVERSE will hold advance reservations from November 12. Also, starting on that day, the K-pop artists who will be joining the new service will be unveiled one by one.

UNIVERSE is expected to hit global markets early next year. Meanwhile, more details will continue to be released sequentially on the official site.

NCSOFT revealed the first artists that will be joining their soon-to-be-launched platform. Get ready to greet global girl group IZ*ONE, who is already raising the interest of fans. They plan to share various content through UNIVERSE and communicate with fans in real-time.

In addition, UNIVERE unveiled its unique “Collection” function. It will open various possibilities such as album purchase, streaming, fan meetings and concerts. It is a service that provides different rewards and records all fandom activities.

Are you excited for the new entertainment platform? Here is the first artist IZ*ONE, opening their planet on UNIVERSE.

Head out to the official YouTube account for clues on who are the next K-pop artists that will be revealed! Stay tuned for the next unveils!