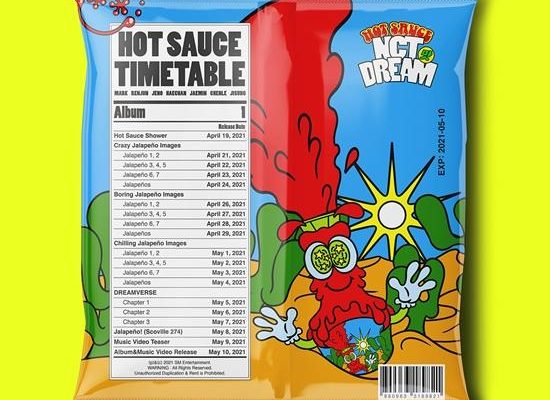 The coming weeks will be filled with teasers from NCT DREAM! 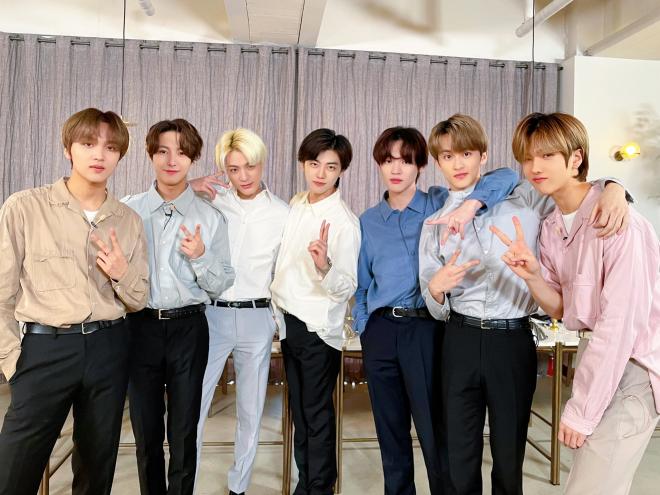 The septet’s first full-length album Hot Sauce will be released on May 10 KST.  Aside from the title song of the same name, it will also house nine other brand-new tracks of various genres.

With a playful snack package design, the recently released timetable shows the group’s schedule of releases for their upcoming teasers. 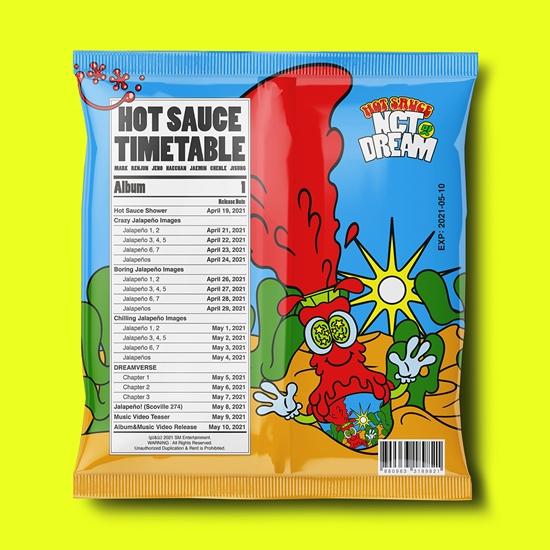 The boys first dropped the Hot Sauce shower on April 19. From April 21 to May 4, the boys will unveil the concept teaser images such as Crazy, Boring, and Chilling Jalapeño. The group will also share DREAMVERSE video clips to introduce the atmosphere of their new tracks on May 5 to 7.  Additionally, they will release Jalapeño! (Scoville 274) and a music video teaser on May 8 and 9, respectively.

Meanwhile,  Hot Sauce is still available for pre-order through online and offline stores.