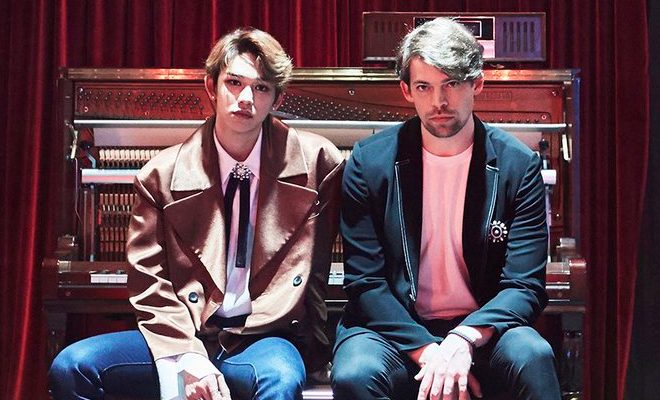 NCT’s Lucas will be the first runner of the third season of SM Station!

SM Entertainment confirmed that it will be coming back with a new season of its digital music project SM Station. Titled Station 3, NCT’s Lucas goes first as the featuring artist.

The NCT member will collaborate with Jonah Nilsson of the Swedish band Dirty Loops for the first song of Station 3 called “Coffee Break”. The upcoming track will be unveiled on November 29. It will also mark Lucas’ first participation in SM Station.

‘#STATION’ will start its new season, STATION Season 3, from Nov.29!
Jonah Nilsson of Swedish band ‘Dirty Loops’ and LUCAS of NCT will drop the song ‘Coffee Break’ as the first artists up for STATION 3, so stay tuned!

Meanwhile, Lucas made his debut in 2018 through NCT’s first studio album NCT 2018 Empathy. He is part of the NCT U sub-unit. Additionally, he has been gaining popularity on variety shows for his extreme unique charms and confidence partnered with his good looks.

Fans are looking forward on what his collaboration with Nilsson will result especially since the vocalist and keyboardist of Dirty Loops is known for his unique tone, powerful voice, and brilliant keyboarding skills.

Moreover, SM Station has been known for its great releases since its start in 2016 with track “Rain” featuring Girls’ Generation’s Taeyeon. Since then, it has released more than 100 songs with “New Heroes” from NCT’s Ten as the most recent.

Aside from “Coffee Break”, SM Station will be releasing more songs as part of the third offering of the digital music project. New songs are expected to be unveiled every other Thursday.