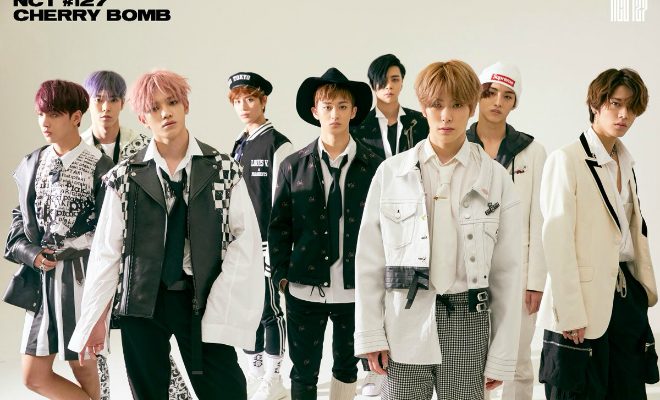 NCT 127 Sells Out Tickets To First Showcase In Five Seconds

NCT 127 is climbing the ranks!

Korean boy group NCT 127 sold out tickets to its showcase in five seconds. The nine-member group will to hold its first comeback showcase since its debut on June 14 at 8 p.m. Korea Standard Time (KST).

According to report, 110,000 people tried to log in at the same time when ticket booking opened on June 9, 10 p.m. KST. However, only 1,000 fans were able to successfully grab the free seats prepared through internet reservation site YES24.

SM Entertainment’s youngest boy group began teasing for its comeback on June 4 with a photo and the hashtag #NCT127. On June 5, it officially dropped details of the impending comeback, announcing its title Cherry Bomb and the expected date of release.

This was followed by the individual photos of each member, starting with leader Taeyong. The band then dropped group photos on the 9th and its first video teaser on the 10th.

Aside from a new release and showcase, all debuted NCT members from its three units NCT U, NCT 127 and NCT DREAM will go live on Naver’s V Live on June 12 at 8 p.m. KST. The members will come together for the ninth installment of the VICTORY series entitled NCT #I Miss You.

NCT members are expected to share the latest happenings in their lives and show off their charms during the broadcast. The boy group will also reveal its official fan club name there.

Prior to the broadcast, the episode has already garnered over 700,000 hearts as of writing.

NCT 127 will drop Cherry Bomb on June 14 and its come back showcase will also be aired on V Live. The boy group will hold its first comeback performance at Mnet’s M! Countdown on June 15.