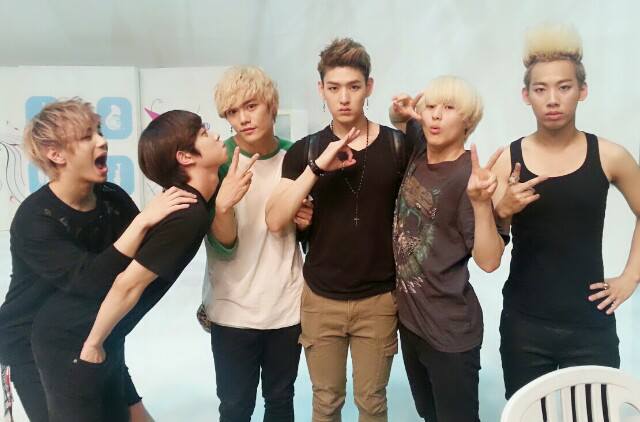 After nearly one and a half year of hiatus, LC9 has officially announced the group’s disbandment.

The group’s agency Nega Network delivered the news to the fans through the group’s fan café on January 23. It was revealed that the exclusive contract with the LC9 members has ended on December 21 of last year, and the members have since went on separate ways.

The 6-member group (Rasa, J-Hyo, King, Jun, AO, E.Den) debuted in 2013 with Mama Beat, and returned with East of Eden with 4 members as leader Rasa left for enlistment and Eden left the group back to Canada for further studies.

Below is the full translated statement:

Hi everyone, this is LC9’s agency Nega Network. We have something to say regarding LC9’s future plans and schedule, and hence uploaded this message on the fan café board. It was revealed on 21st December, 2015 that LC9 and Nega Network’s exclusive contract has come to an end. All the staff at Nega Network and the LC9 members have thought through this together for a long time and after much consideration, it is for the LC9 members’ sake that this decision was made. We would like to give our regards to each of the members who are no longer a part of LC9: Park Geon Wu, Kim Jong Hyo, Dong Yu Seok, Park Jun Yeong, Kang Hyun Su, Jaedyn, and we wish them all the best for their future endeavors. To the fans who have been supporting and waiting for LC9 for such a long time, we would like to thank you from the bottom of our hearts. We are very sorry to bring to you this piece of sad news. To the fans who have given LC9 their love, we would like to once again, thank you sincerely from the bottom of our hearts. 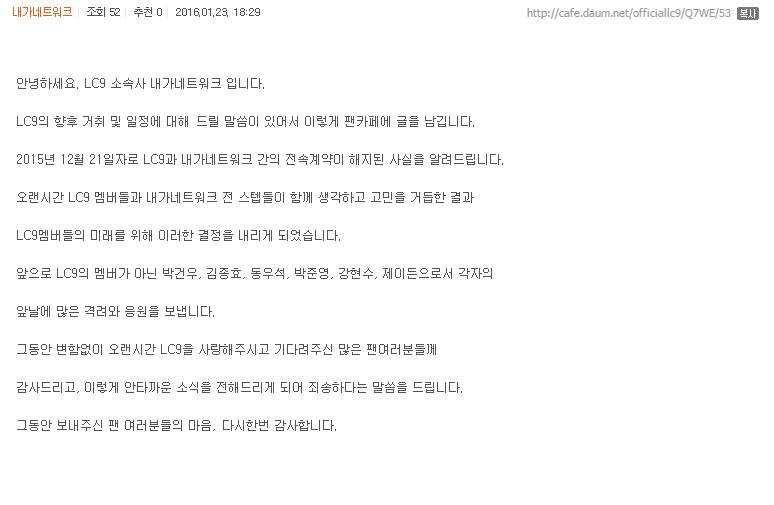 2k
SHARES
FacebookTwitter
SubscribeGoogleWhatsappPinterestDiggRedditStumbleuponVkWeiboPocketTumblrMailMeneameOdnoklassniki
Related ItemsAOdisbandmentedenJ-HyoJunkingLC9nega networkRasa
← Previous Story VIXX Drops Highlight Medley For ‘Depend On Me’ Album
Next Story → Zico Returns With ‘I Am You, You Are Me’ And ‘It Was Love’ MVs