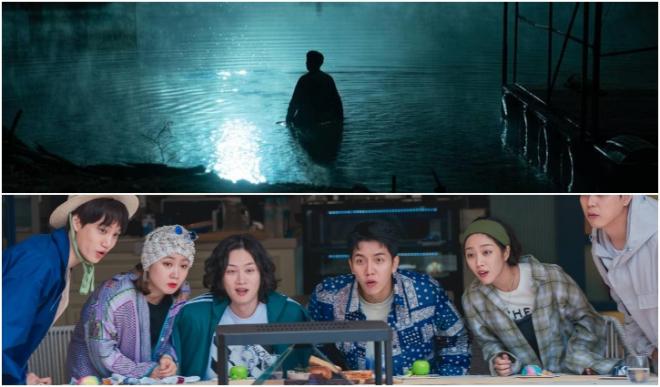 In Hellbound, unearthly beings deliver bloody condemnations, sending individuals to hell and giving rise to a religious group founded on the idea of divine justice. Meanwhile, reality show, New World, features six celebs strategize and sabotage to earn virtual currency they can cash in on the final day of their stay on a utopian island.

Check out more details below.

Hellbound features supernatural beings suddenly appearing and condemning people to hell. In the midst of the chaos, a religious group called The New Truth gains prominence and influence while others seek the truth behind the supernatural events.

The unique and thought-provoking series about condemnations to hell taking place in the middle of Seoul, is based on a webtoon of the same name. Director Yeon Sang-ho and writer Choi Gyu-seok created the webtoon and reunited to work together on the series as well.

New World is a new type of variety show that sets up a utopia-esque simulation where unexpected events, survival missions, competitions, and twists take place.

Six entertainers are invited to this new world. Lee Seung-gi, who is talented in acting, singing, and variety. Eun Ji-won, who is a beloved member of shows like 2 Days & 1 Night and New Journey to the West.

Kim Hee-chul, who is a talented emcee and a cast member of Men on a Mission and The Iron Squad. Jo Bo Ah who received much love for her acting in Tale of the Nine-Tailed also joins the cast.

Next in the list is Park Na Rae, who greeted global viewers as a successful entertainer through Netflix stand-up show Park Na-rae: Glamour Warning.

Rounding up the cast is EXO’s Kai, a verified variety scene-stealer through his memorable appearance on Men on a Mission.

These multi-talented members will show off fun team dynamics through New World. 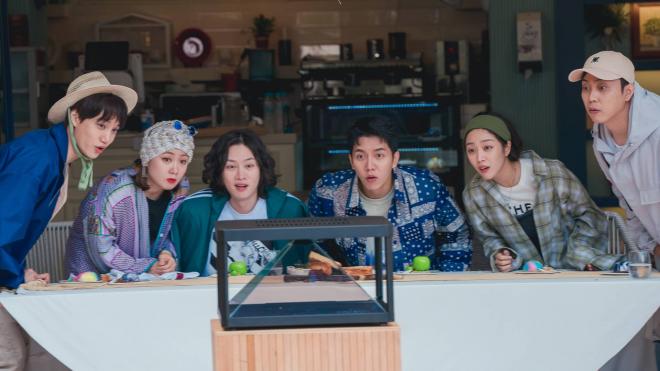 FacebookTwitter
SubscribeGoogleWhatsappPinterestDiggRedditStumbleuponVkWeiboPocketTumblrMailMeneameOdnoklassniki
Related ItemsHellboundNew World
← Previous Story “One Ordinary Day” Unveils Trailer and Reveals Release Date
Next Story → “Would You Like A Cup of Coffee?” Lead Stars Share Charming Points About Their Characters & The Story