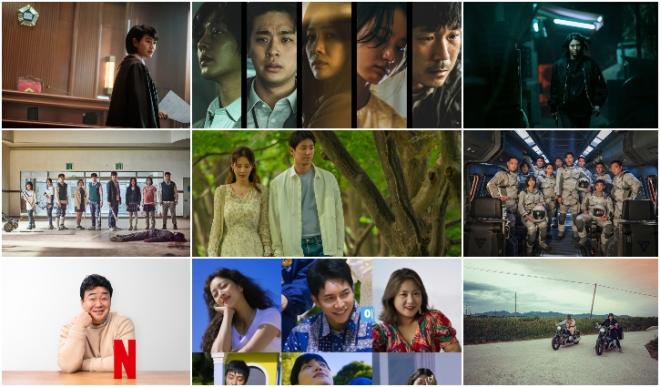 There was something for every fan at Netflix’s biggest virtual fan event – TUDUM!

TUDUM! Netflix went all out to bring the biggest virtual fan event to the world. Fans were at the edge of their seats with all the exciting announcements at the TUDUM global fan event, from returning shows to previews of new titles coming up.

For Korean content fans, a string of eagerly-awaited dramas, film and entertainment shows are set to unravel from October this year up to January 2022.

Update your watch schedule for this upcoming Netflix Korean treats!

My Name is a Netflix series that tells the tale of Jiwoo who joins a crime ring to find her father’s killer. She ends up taking on a new name and identity in order to join the police undercover, which leads her to discover the cruel truth. Director Kim Jin-min who was praised for his excellent directing of Extracurricular, takes on the noir genre through his next series My Name.

With realistic and gritty scenes, the series is a new type of action noir that brings the characters’ emotions to life and depicts raw action. Furthermore, a great ensemble cast is found in Han So-hee, Park Hee-soon, Ahn Bo-hyun, Kim Sang-ho, Lee Hak-ju, and Jang Yull.

Hellbound features supernatural beings suddenly appearing and condemning people to hell. In the midst of the chaos, a religious group called The New Truth gains prominence and influence while others seek the truth behind the supernatural events. Described as “your next must-binge Netflix series from Korea” following its screening at the 46th Toronto International Film Festival, Hellbound is receiving worldwide attention and has also been invited to the 26th Busan International Film Festival as well as the 65th BFI London Film Festival.

The unique and thought-provoking series about condemnations to hell taking place in the middle of Seoul, is based on a webtoon of the same name. Director Yeon Sang-ho and writer Choi Gyu-seok created the webtoon and reunited to work together on the series as well. There’s also an all-star cast starring Yoo Ah-in, Kim Hyun-joo, Park Jeong-min, Won Jin-a, Yang Ik-june, Kim Do-yoon, Kim Shin-rock, Ryu Kyung-soo, and Lee Re.

Set in 2075 when Earth is undergoing desertification, The Silent Sea is the story of the members of a special team sent to secure a mysterious sample from an abandoned research facility on the moon. The series is adapted from Director Choi Hang-yong’s short film The Sea of Tranquility which received much attention at the 2014 Mise-en-scène Short Film Festival.

Director Choi Hang-yong leads the series with the script being written by Park Eun-kyo of Mother which won Best Screenplay at the 29th Korean Association of Film Critics Awards. Actor Jung Woo-sung is the executive producer and the main leads are Bae Doona and Gong Yoo. A suspenseful story about survival on the moon is in store. 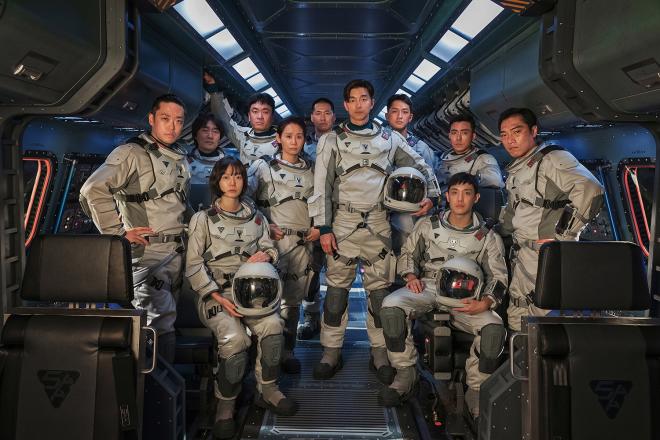 Juvenile Justice deals with a judge who especially dislikes juvenile delinquents, but later realizes the troubles that children face in society and how society is limiting them to not become better. Director Hong Jong-chan who directed Live Up to Your Name, Dear My Friends, and Life, sends a message about juvenile delinquency and social neglect through this new series.

Talented actors Kim Hye-soo, Kim Moo-yul, Lee Sung-min, and Lee Jung-eun will act as an associate and head judges at youth court, portraying the everyday lives and concerns of judges. 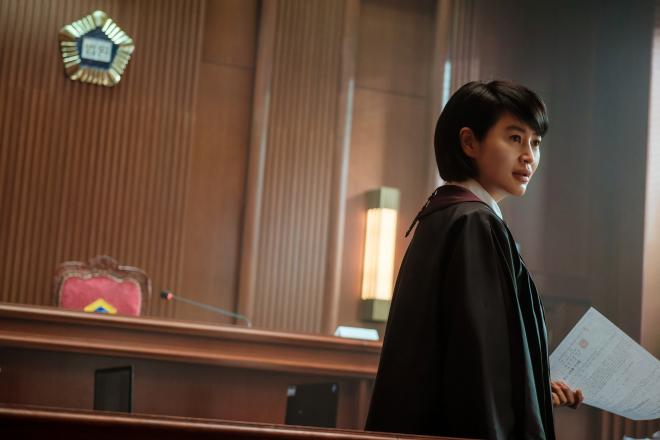 All of Us Are Dead is about a group of high school students who are faced with an extreme crisis when they become trapped in their school, while a zombie virus spreads like a wildfire. It’s based on the chart-topping Korean webtoon called Now at Our School (literal translation of its Korean title). 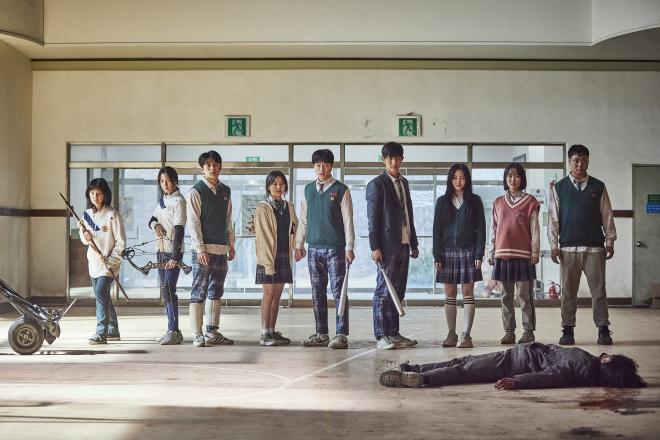 Moral Sense is a film about a woman named Jung Ji-woo who leads a racy romance by engaging in a “special” relationship with her co-worker Jung Ji-hoo after she accidentally learns about his secret peculiarities. Director Park Hyun-jin of Lovers of Six Years and Like for Likes, brings a new type of fun romance through Moral Sense, writing the screenplay and directing the film herself.

Seohyun, who has proven her acting range through Moon Lovers: Scarlet Heart Ryeo, Time, and Private Lives, will transform into Jung Ji-woo, a character who is cold and blunt on the outside but has a warm heart and charm unlike anyone else. Performing outstandingly across an array of genres in D.P., the musical Swag Age: Shout, Chosun!, and Please Don’t Date Him, Lee Jun Young will play the role of Jung Ji-hoo, a man with unusual tastes.

He will add vibrancy and excitement in the role as his character’s charm and figure, adored by his female co-workers, hide his secret and unique taste. The pair will show how their differences result in a special romance through their exciting chemistry. 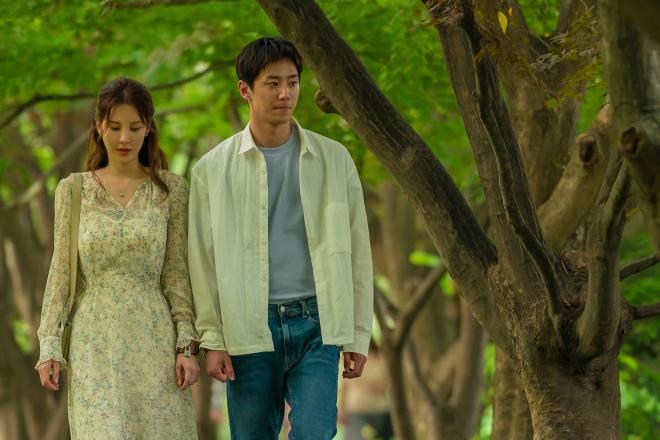 In Paik’s Spirit, Paik Jong-won will sit down with Korea’s top celebrities and professionals for dining and drinking, and exchange intriguing and heartwarming stories of drinking and life. Paik is well known for his gift of gab and charming manner that has delighted Korean audiences for years.

As Korea’s top restaurateur and F&B entrepreneur, Paik Jong-won is loved by audiences from his shows Home Food Rescue and Street Food Fighter. Paik’s Spirit will provide viewers a unique introduction to Korean traditional liquor, food, and culture. Soju, along with commercial and craft beer, rice wines, and other traditional liquors will be featured. 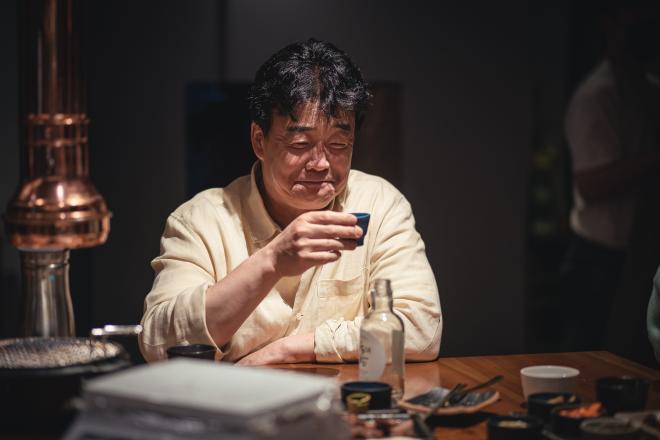 New World is a new type of variety show that sets up a utopia-esque simulation where unexpected events, survival missions, competitions, and twists take place.

Six entertainers are invited to this new world. Lee Seung-gi, who is talented in acting, singing, and variety. Eun Ji-won, who is a beloved member of shows like 2 Days & 1 Night and New Journey to the West. Kim Hee-chul, who is a talented emcee and a cast member of Men on a Mission and The Iron Squad. Jo Bo Ah who received much love for her acting in Tale of the Nine-Tailed also joins the cast.

Next in the list is Park Na Rae, who greeted global viewers as a successful entertainer through Netflix stand-up show Park Na-rae: Glamour Warning. Rounding up the cast is EXO’s Kai, a verified variety scene-stealer through his memorable appearance on Men on a Mission.

These multi-talented members will show off fun team dynamics through New World. 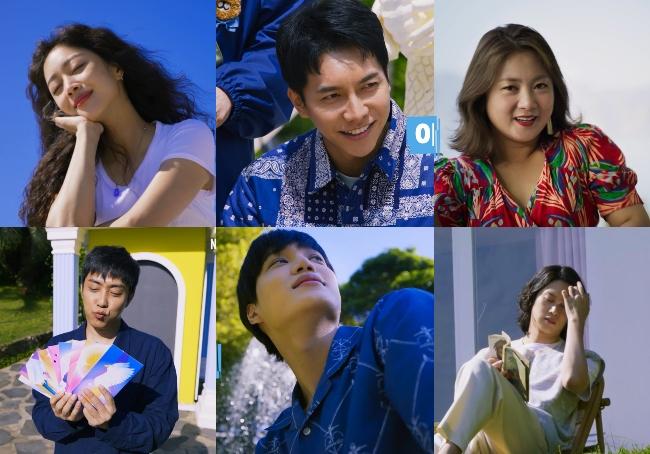 The Hungry and the Hairy

Kim Tae-ho’s new unscripted series The Hungry and the Hairy stars RAIN (Jihoon Jung) as “the Hungry” and Ro Hong Chul as “the Hairy” in a motorbike road trip adventure. Both celebs share a love for motorbikes which sparked their friendship. 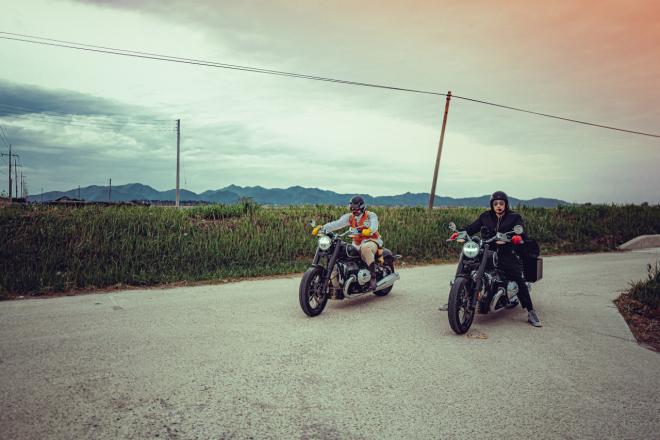 Watch out for these new Korean titles only on Netflix!