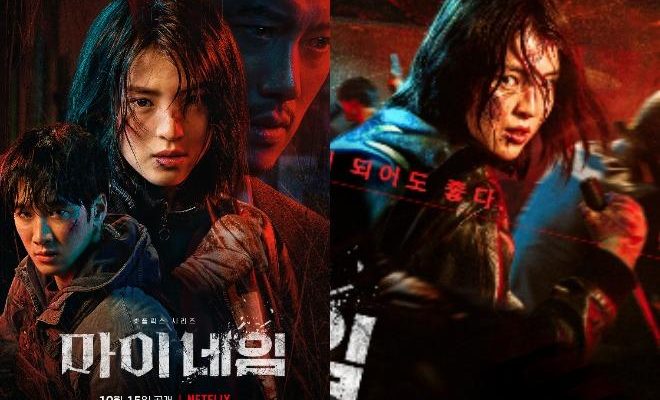 My Name stars look serious and ready to fight in the posters unveiled. Netflix’s upcoming drama tells the story of Yoon Ji Woo who seeks revenge for the death of her father. In her quest to uncover the truth and search for the culprit, she joins the Dongcheon gang, headed by Choi Moo Jin. She infiltrates the police force and goes undercover for the mob. Ji Woo partners with Detective Jeon Pil Do in the Drug Investigation Unit of the Police Department.

The posters convey the dark and dangerous world of criminals and the police force. In one of images, people are in a skirmish with Choi Moo Jin and Jeon Pil Do fighting someone on each side and Yoon Ji Woo in the middle staring directly at the camera. The various display of emotions amplifies the tensed situation they are all in. 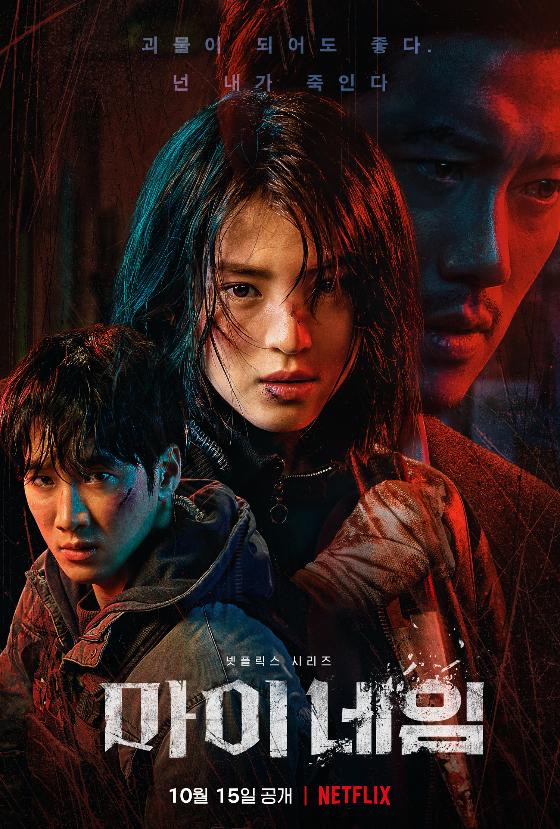 Meanwhile, the other poster shows the three characters with intense gazes. Han So Hee, who plays Yoon Ji Woo glares fervently, showing much of her determination. On the other hand, Park Hee Soon, as Mob Boss Choi Moo Jin, wears a ponderous expression that is hard to interpret. His ambiguous countenance heightens the curiosity on his complicated and mysterious character. Ahn Bo Hyun, who plays Detective Jeon Pil Do, also displays a forceful presence with his sharp stare. His aura is making viewers interested in the development of his character. In both posters the words “It is okay to be a monster. I am going to kill you.” are imprinted, further enhancing the series’ dark theme.

Viewers can expect the unpredictable and intriguing relationship between a gang leader, a mole, and a police officer in this upcoming series.

My Name airs on October 15 via Netflix.