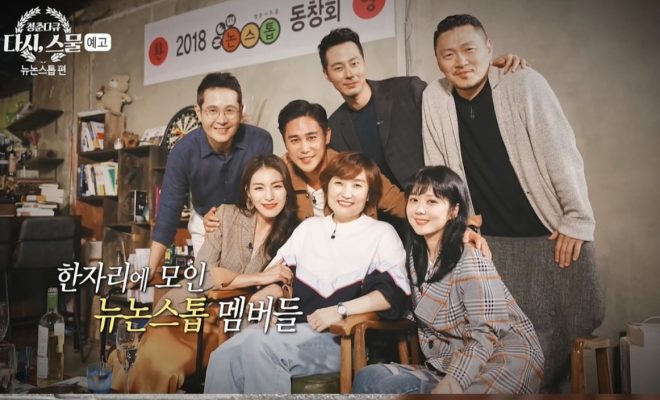 MBC’s Twenty Again made headlines on its initial showing, and the released second trailer following the first episode is creating more buzz locally.

Park Kyung Lim, Jo In Sung, Jang Nara, Yang Dong Geun, Lee Min Woo, Kim Jung Hwa, Jung Tae Woo, of the MBC sitcom – New Nonstop, which aired 18 years ago gathered together to recall the memories of the old days in the recent MBC documentary special.  The second part of the show will be aired on October 8 which will share the remaining stories of the homecoming reunion of former New Nonstop cast members.

The show sent the members to a nostalgic mood confessing the fact that they were not as happy as they seemed to be despite their popularity at that time. They emotionally shared how behind the fame and glamour, hides a little bit of pain. Yang Dong Geun, confessed, “ I felt empty, unlike what people see” while Lee Min Woo recounted having a hard time back then.

The preview of the second episode, features Jaurim’s  “Goodbye, Grief” playing in the background and Park Kyun Rim and Kim Jung Hwa visiting the late Jung Da Bin. Kim Jung Hwa expressed regret by saying, “We should meet like this to share old memories”. 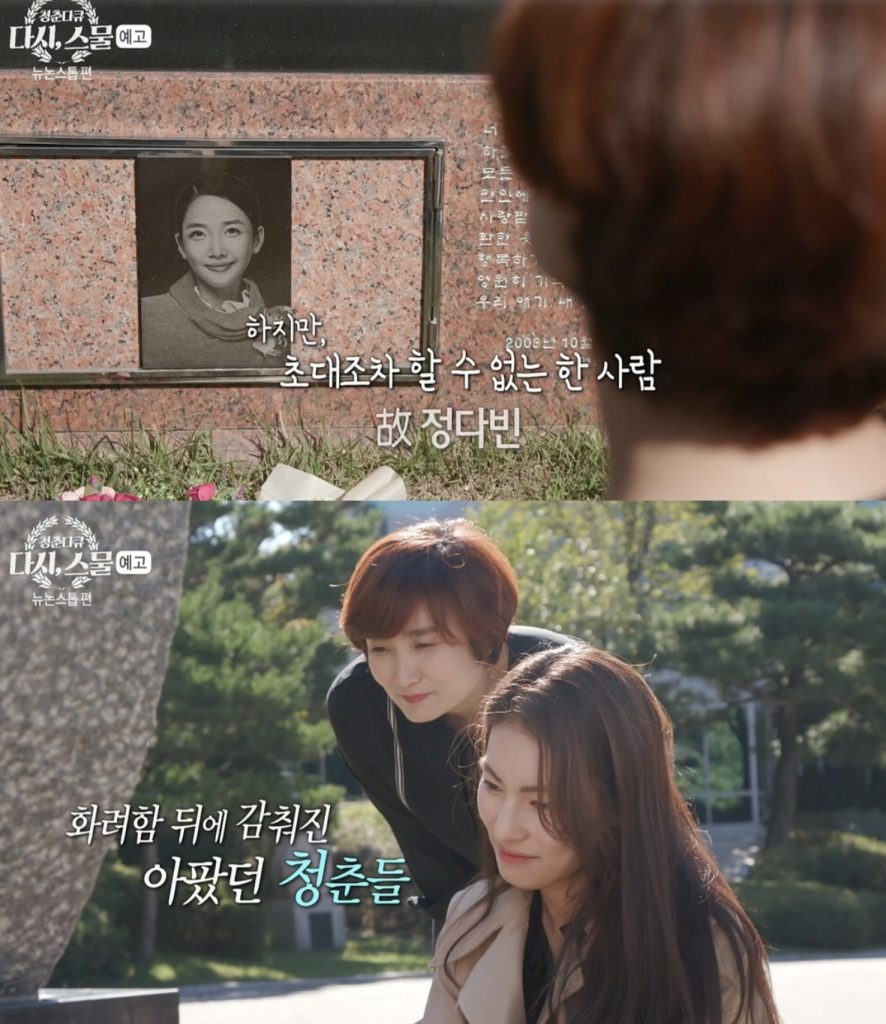 MBC’s beloved show has been home to popular Korean stars such as Jo In Sung who is now one of South Korea’s bankable actors. He starred in acclaimed works such as What Happened In Bali, That Winter The Wind Blows, It’s Okay It’s Love, The Classic, A Dirty Carnival, The King and recent box office hit The Great Battle among others.

Park Kyung Lim, is now one of the most sought after MC and is known for her comedic improvisations and witty personality. Lee Min Woo, on the other hand, appeared in numerous television dramas such Joseon Gunman, Cyrano Dating Agency and The Princess Man.

Yang Dong Geun, also one of the original cast members juggles his craft as an actor, rapper, singer-songwriter, producer and dancer. He currently appears in jTBC drama – The Third Charm as a supporting character.

Kim Jung Hwa, played the female lead role of classic romantic-comedy 1% of Anything with Kang Dong Won, as well as the movies, Spy Girl and Elephant on the Bike.

Dubbed as baby-faced beauty, actress Jang Nara still actively works as an actress, musician and record producer. Her most recent projects are dramas Go Back Couple and I Remember You.

Meanwhile, Jung Tae Woo is notable for historical dramas such as Merchant Gaekju 2015, Gwanggaeto The Great Conqueror and The King and I.

The late Jung Da Bin was known for the iconic rom-com drama Attic Cat. She committed suicide in 2007 at the age of 26. 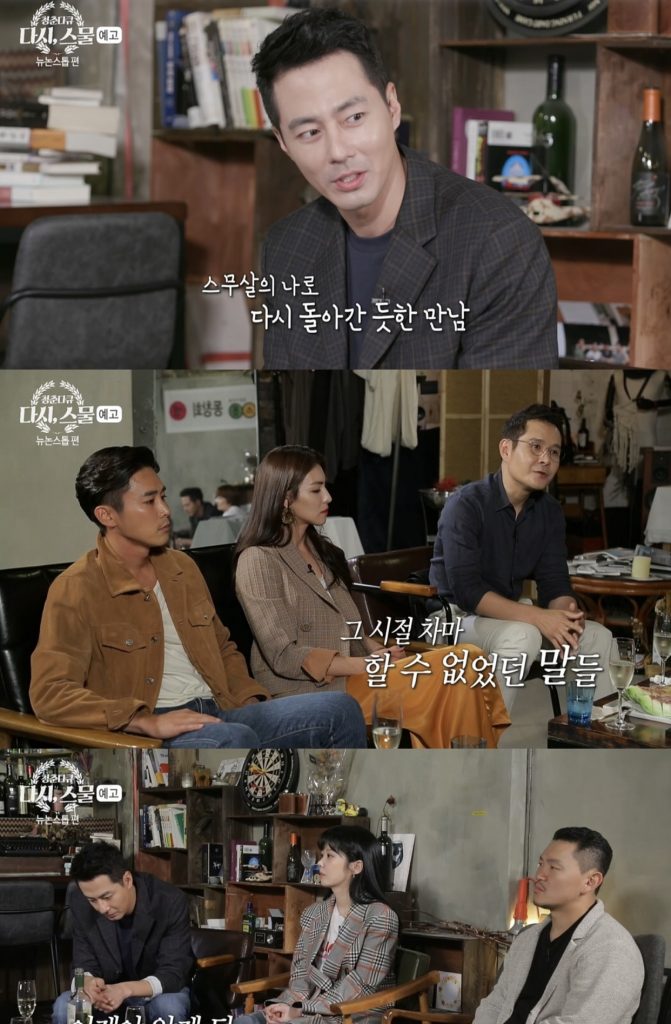 Their friendship seemed to expand not only in the show but in real life, as it is not the first time they held a friendly catching up session.

On November 4, 2014, Jung Tae Woo, uploaded on his Instagram a photo of the New Nonstop cast, who happily gathered together for the first time in 12 years. He wrote that everyone except for Kim Jung Hwa, who was in the U.S. at that time and the late Jung Da Bin were present. He also added that they reminisced old memories and enjoyed good conversations.

On its concluding episode, an unexpected guest hinted an appearance at the reunion, which surprised the casts and gave a thrilling anticipation for the next episode.

The youth documentary, Twenty Again will be broadcast at 11:10 p.m. on October 8th via MBC.

Stay updated with K-drama news and updates by liking us on Facebook and following us on Twitter.