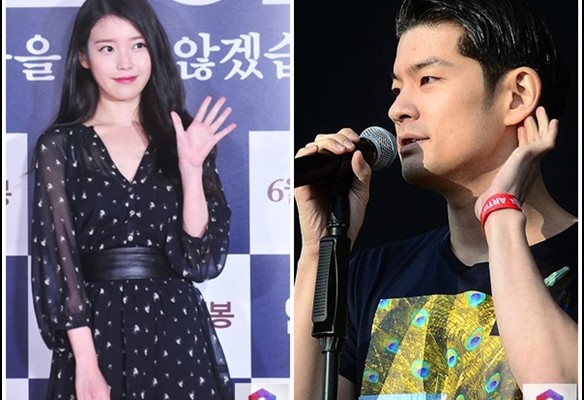 On October 8, talented singer-songwriter IU confirmed that she has been in a romantic releationship with rock musician Jang Kiha, who is 11 years older than her, for two years via a post on her official fan cafe. Jang Kiha is the lead vocalist of the indie rock band Kiha & The Faces and also the radio show host of the Kiha Chang’s Great Radio broadcast by SBS Power FM since 2012. 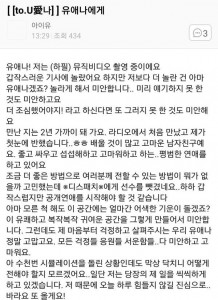 In the released post, IU revealed that she fell for Jang right at the moment they first met, sharing her happiness with fans:

We’ve been together for two years. We first met at a radio program and I fell in love with him at first sight. There’s much to learn from him, and we’re dating like any other normal couple would. I’m sure you guys are even more surprised by the news than I am. I’m sorry for not telling you guys earlier.

She also expressed her concerns, as well as her deep gratitude toward fans:

I was thinking about a better way in which I could tell all of you, but someone beat me to it. It′s sudden, but I think I′m going to have to go public with my relationship. I′m sorry and thankful for all of your worries, support, sadness. I simulated the situation numerous times, but now that I′m faced with it, I don′t know how to tell you all. For now, I will be doing my work energetically.

Previously on Thursday morning, a number of photos of the two stars going on a date were published by Dispatch and immediately went viral online.

Congratulations to the sweet couple and their fans!