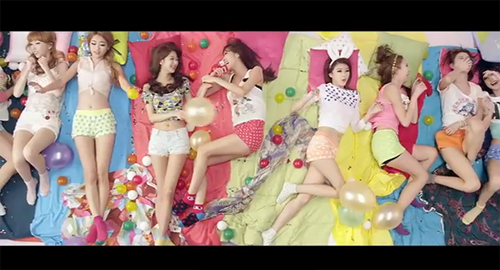 Girl group, Nine Muses, has released a music video teaser entitled, Dolls, for its comeback at the end of the month. The song serves as the title track of the group’s upcoming mini-album, which is to be released on January 24.

The teaser video unveils scenes of a colorful slumber party with balloons and glitter, as well as clips of the members wearing classy female suits and elegant white dresses. Furthermore, Nine Muses will return to the music scene with a new member named Sungah, and will be a nine-member girl group.

Meanwhile, take a look at the teaser video for Dolls below: