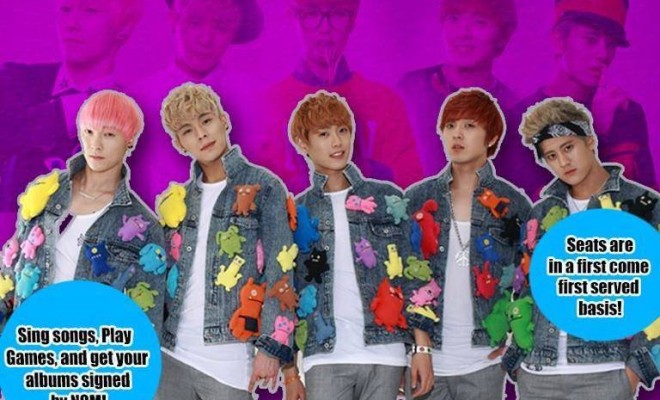 NOM returns to the Philippines for their fan event

Rookie boy group, NOM, is finally back in the Philippines!

Yohan, A-in, Yongki, K and Hu are  back in the Philippines for their fan meet event.  Kicking off their promotions, the boys will have a fan meeting  that will happen at KPub BBQ restaurant located at Fort Bonifacio, Global City. Here, fans will have the chance to catch the boys of NOM sing their hit songs, play games and have their copies of NOM’s album signed!

Other dates and venue for NOM’s activity in the country are as follows:

Details for the June 12 event is available here.