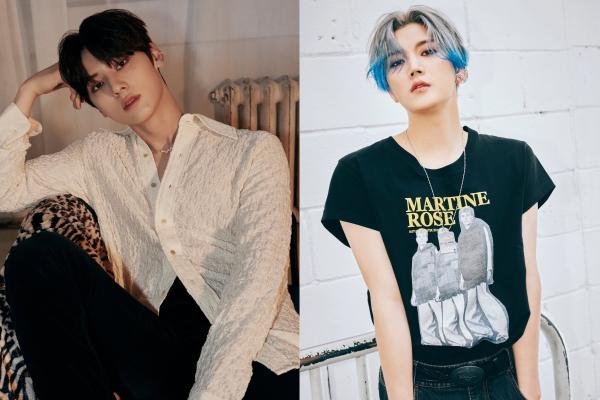 By Bea Ibañez | May 23, 2021
FacebookTwitter
SubscribeGoogleWhatsappPinterestDiggRedditStumbleuponVkWeiboPocketTumblrMailMeneameOdnoklassniki

It’s definitely an Amazing Saturday with NU’EST’s Minhyun and Ren’s wit and humor!

NU’EST’s Minhyun and Ren are set to be the scene-stealers in the next week’s episode preview of tvN’s Amazing Saturday.

On May 22, the fun-filled variety show released a sneak peek of its upcoming episode featuring NU’EST’s Busan idols. The preview started off with Ren cracking up the cast with his comical costume as the Pigeon Lady from the infamous movie Home Alone. 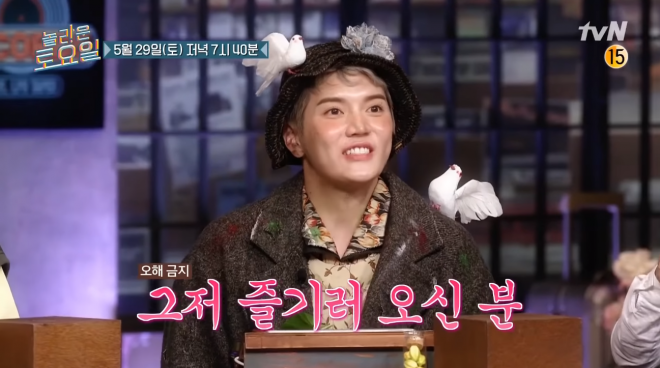 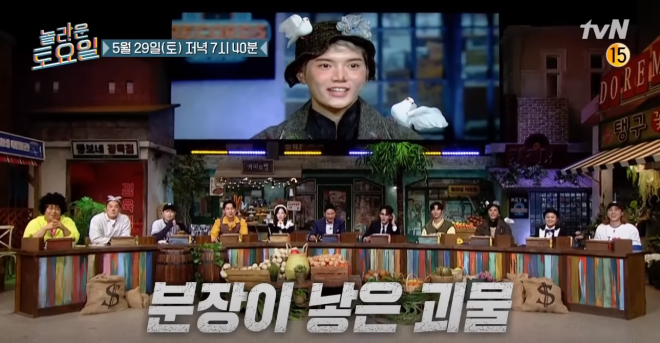 He was hilariously dedicated to his role even while eating the prize food up to his side-by-side reactions. Relatively, Ren also humorously declared that as much as he wanted to focus on guessing the song’s lyrics correctly, he was much more committed to sticking with his concept. 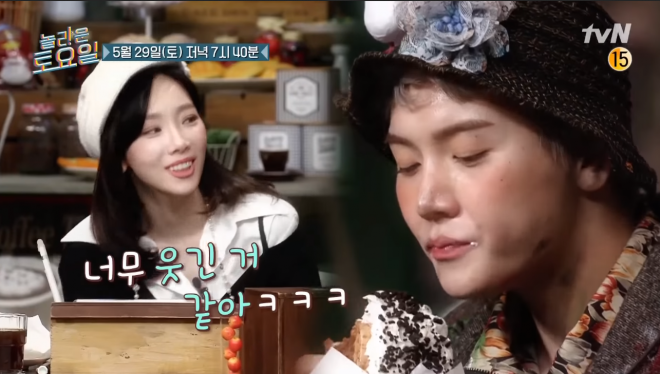 Through it all, Girls’ Generation’s Taeyeon gave blissful reactions to the JAMIE star while he passionately embodies his character while eating the dessert menu. “He’s really funny!” 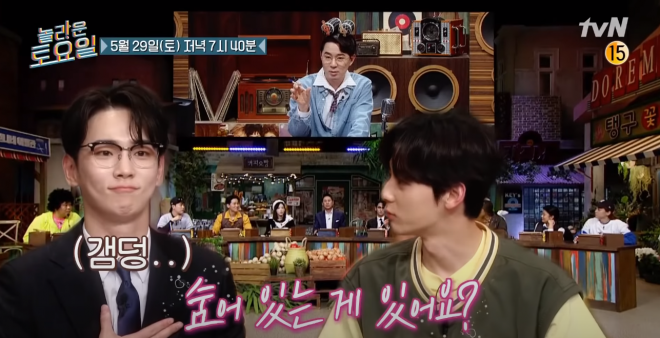 On the other hand, Minhyun revealed that he grew up listening to all of SHINee’s songs including the b-sidetracks. Captivating Key’s heart, Emperor Hwang commented that every time SHINee releases an album, he listens to it as a whole from start to finish. The flattery didn’t end there!

Minhyun was asked if there’s a hidden gem among SHINee’s songs which many don’t know about. The handsome singer then replied, “I think everyone would know them all”, making Key glow with pride. 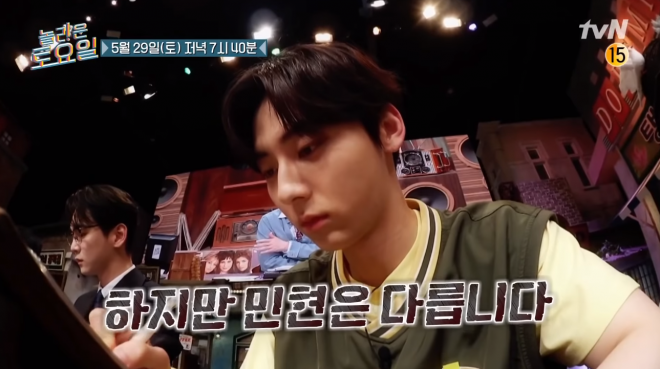 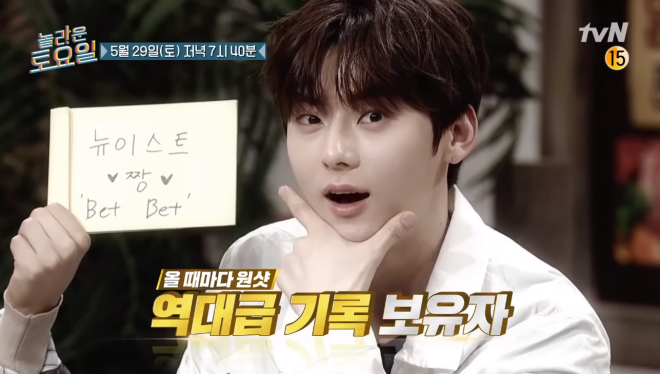 Having NU’EST’s maknae line as the guests definitely raised the show’s quiz questions. As the cast members complained about the difficulty level of the questions, main MC Boom responded “But Minhyun is different.”

In particular, Minhyun created a stellar record every time he appears on the show. Filled with confidence, the “Universe” singer said, “I’ll try to win a one-shot today, too.” 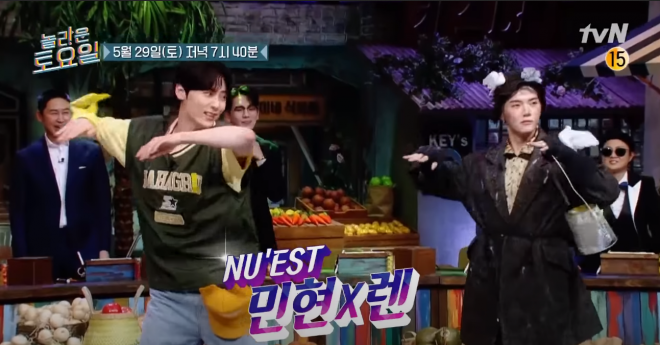 Meanwhile, NU’EST’s Minhyun and Ren’s episode of Amazing Saturday will air on May 29 at 7:40PM KST. Furthermore, NU’EST has recently successfully completed the promotions for the 2nd full album Romanticize alongside the title track “INSIDE OUT.”