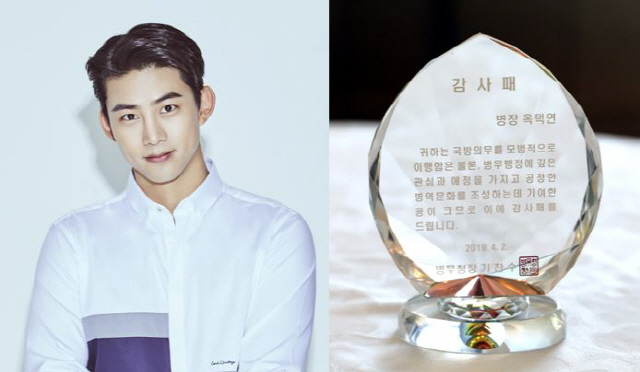 South Korean actor and singer Ok Taecyeon has been recognized as a “model soldier” for his sincere and inspiring military life. 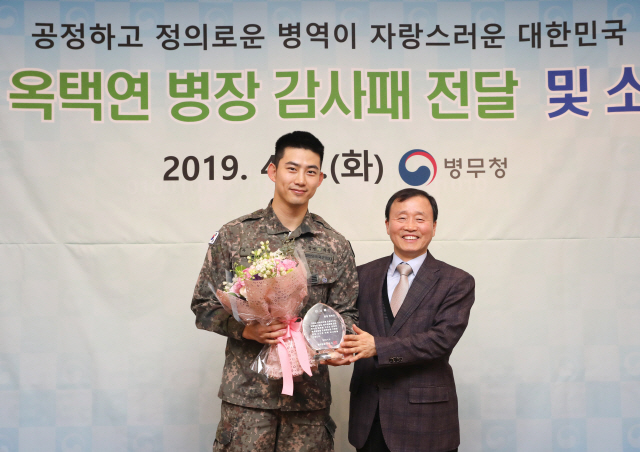 Ok received the appreciation plaque on April 2 during the ceremony held at the Air Force Hall. Currently, he is serving as a teaching assistant for Baekma recruitment training.

According to a report by Sports Chosun, a member of MMA has nothing but praises for Ok’s “passionate soldier spirit.”

“He gave up his permanent residence in the United States, he has always been a good example among the members of the military, as well as, being faithful to military life in an attitude of always taking the initiative,” the MMA member noted.

The Korean star also expressed his gratitude for receiving the commendation. “I feel so honored and thankful that I received this award on behalf of many soldiers of the army and I learned a lot through my military life,” he said.

Recently, Ok, alongside actor Kim Soo Hyun, had received military promotions as sergeants. Though achieving the rank promotions will not shorten their military service, it aims to raise the morale of soldiers. 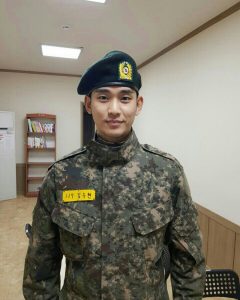 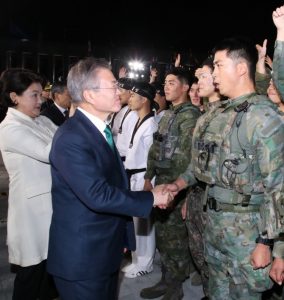 Fans should be ready to welcome and support these actors’ nearing comebacks this year, as Ok is expected to be discharged on May 16. while Kim’s discharge will be in July.

In July last year, Ok decided to take a new path as he signed with 51K agency. The former 2PM member spent almost a decade with JYP Entertainment since his debut in 2008.

He enlisted in the military in September 2017 after renouncing his US dual citizenship, which earned praises from Koreans.