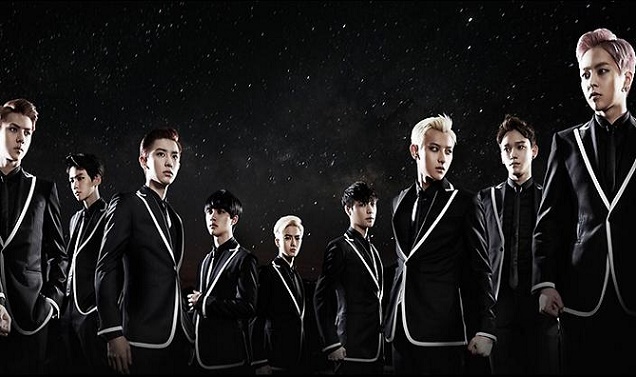 EXO will be kicking off its second concert titled EXO Planet #2 – The EXO′luXion in this March for a total of five shows due to the explosive request from fans. 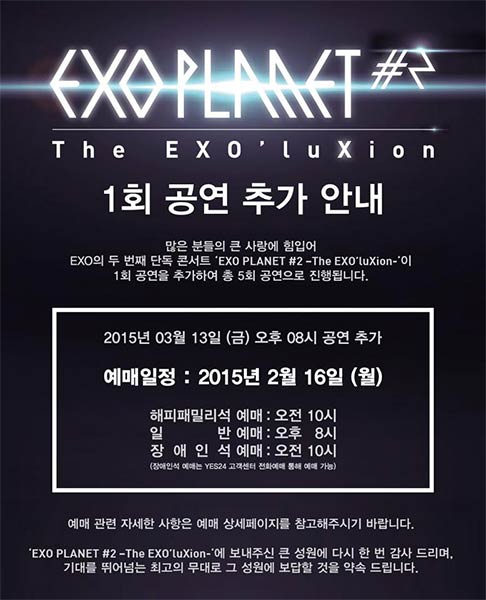 According to SM Entertainment on February 12, the meta-group will add one more show to its imminent concert, which was originally set to take place for four days; on March 7, 8, 14 and 15 at the Olympic Park Gymnastics Stadium in Seoul. The additional show is announced to be on March 13.

Tickets for the concert will go on sale on February 16 via Yes24.

Last year, the boys successfully held their first solo concert tour titled EXO From EXO Planet #1 –The Lost Planet in 17 cities across Asia with a total of 30 shows, drawing more than 320,000 fans.