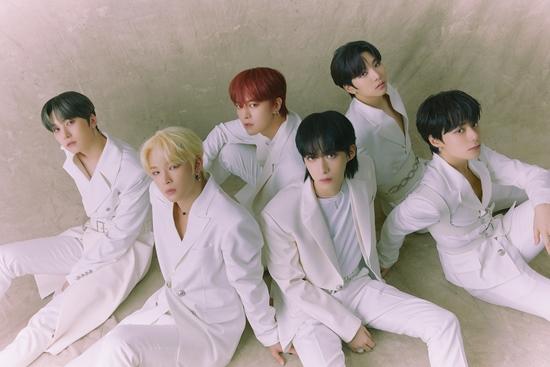 ONEUS reaches an impressive milestone as they bag their first music broadcast trophy with “LUNA”.

ONEUS make admirable strides with their most recent comeback, earning their first music broadcast win with their latest title track, “LUNA”. The group won the trophy during their appearance in MBC’s Show Champion.

This marks their first music broadcast win since they debuted around two years and ten months ago with their debut EP titled, LIGHT US. The group gained attention following their debut for their skills of concept immersion and live performance.

During their latest online showcase to celebrate their new EP, BLOOD MOON, ONEUS revealed that their goal of this promotion era was to earn their first trophy to repay their fans for their love and support.

Member Xion, expressed excitement and disbelief of the accomplishment during their winning stage. He explained, “I still can’t believe that we won our first place after debuting, it’s like a dream. Thank you so much to our members, family, company staff, and the world’s most beloved TO MOON.

Moreover, member Ravn also shared his gratitude for fans and ambition for the future stating, “We will continue to write a new and positive history starting with this first place.”

ONEUS continues to captivate fans with the depth of their conceptual worldview, integrating a storyline of vampires who exist throughout generations during their “US” trilogy. Following the success of their song “LIT” which demonstrated their national pride, “LUNA” continues to spread the love for Korean culture. The track and its performance highlight the beauty of traditional sounds, folk dances, and Korean styling.

Image and Video Source: RBW | ALL THE K-POP