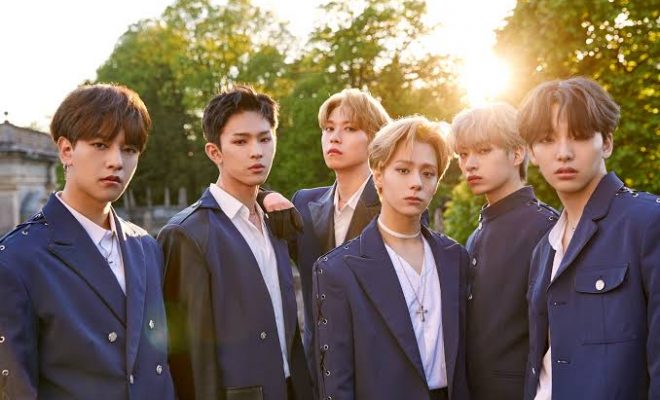 Ready to take off with ONEUS once again?

ONEUS had set off the signal for fans to start preparing for another comeback that will take them to the moon this 2019! 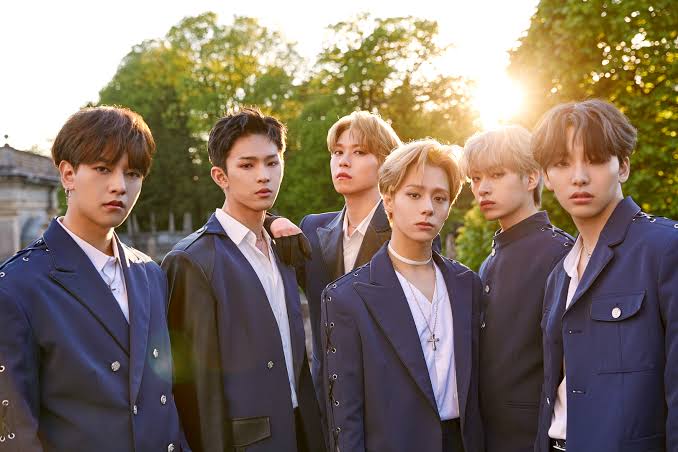 The boy group is due for their next return to the music scene as they announce a new mini-album coming up soon! The new release will mark their third mini album, showing a quick turn of their timeline as they debuted in January 2019.

On August 27, the quintet dropped their schedule of promos for the mini album, which lists a filled calendar of content for fans this upcoming month of September.

Starting from September 17, ONEUS will be unveiling spoiler teasers, web jacket images, photo and video teasers, and more to amplify the excitement for their comeback.

However, the group is leaving their fans hanging for the meantime by keeping the exact album release date still hidden. 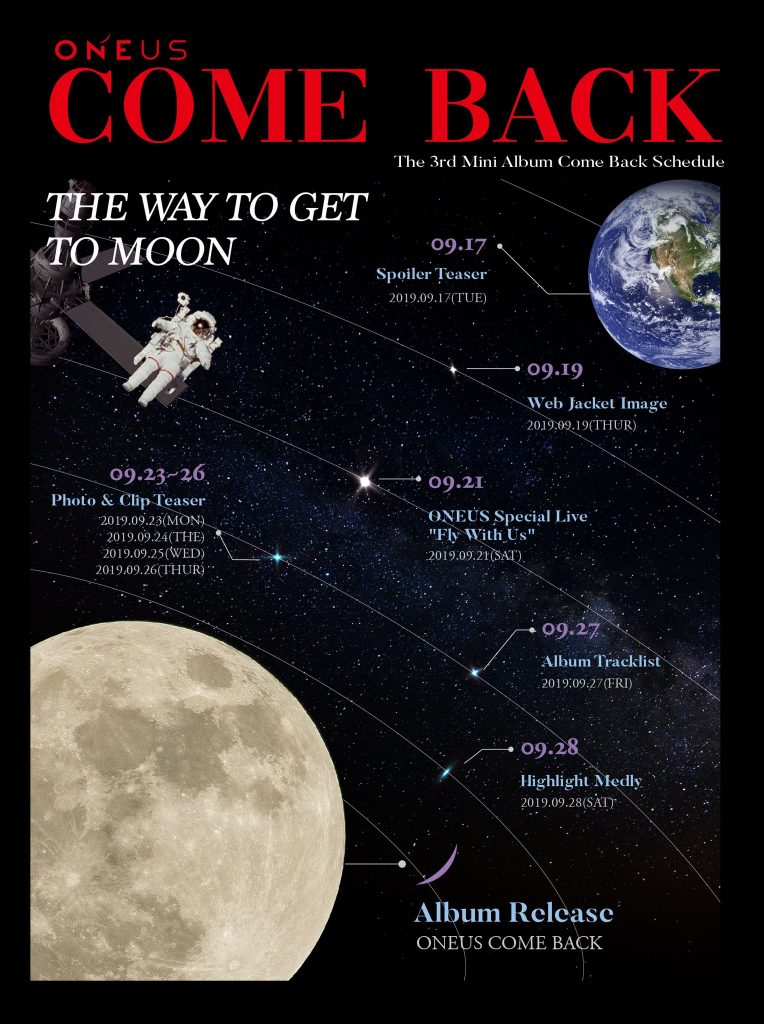 ONEUS is a five-member boy group from RBW, composed of Ravn, Seonho, Leedo, Keonhee, Hwanwoong, and Xion. They debuted on 9 January 2019, with their first mini-album Light Us, led by the title track “Valkyrie”.

They last graced the scene in May with the mini-album Raise Us, fronted by the track “Twilight”.

Besides their astounding presence in the local rookie scene, the group also wrote their names in RBW history as the agency’s first-ever boy group.

Hellokpop, as an independent Korean entertainment news website (without influence from any agency or corporation), we need your support! If you have enjoyed our work, consider to support us with a one-time or recurring donation from as low as US$5 to keep our site going! Donate securely below via Stripe, Paypal, Apple Pay or Google Wallet.
FacebookTwitter
SubscribeGoogleWhatsappPinterestDiggRedditStumbleuponVkWeiboPocketTumblrMailMeneameOdnoklassniki
Related Itemsoneus
← Previous Story CNBLUE’s Jong Hyun Departs From His Group Following Recent Controversies
Next Story → Bolbbalgan4 Announces September Comeback With New Mini Album