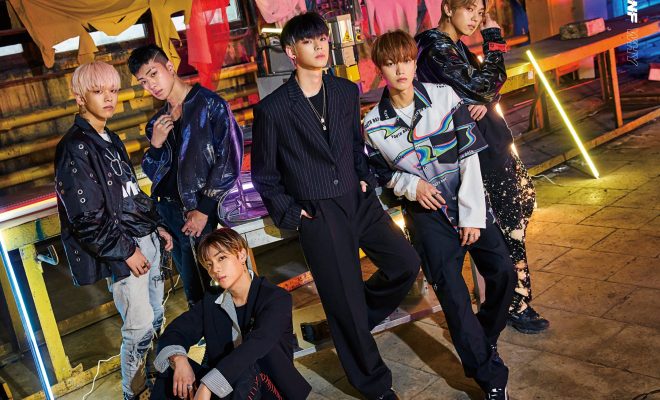 ONF has turned the switch signaling a new comeback from them on again – and fans are definitely excited for what they have prepared this time!

ONF is preparing to go live once again as they commence their comeback countdown with an exciting tracklist and set of teasers to boot! 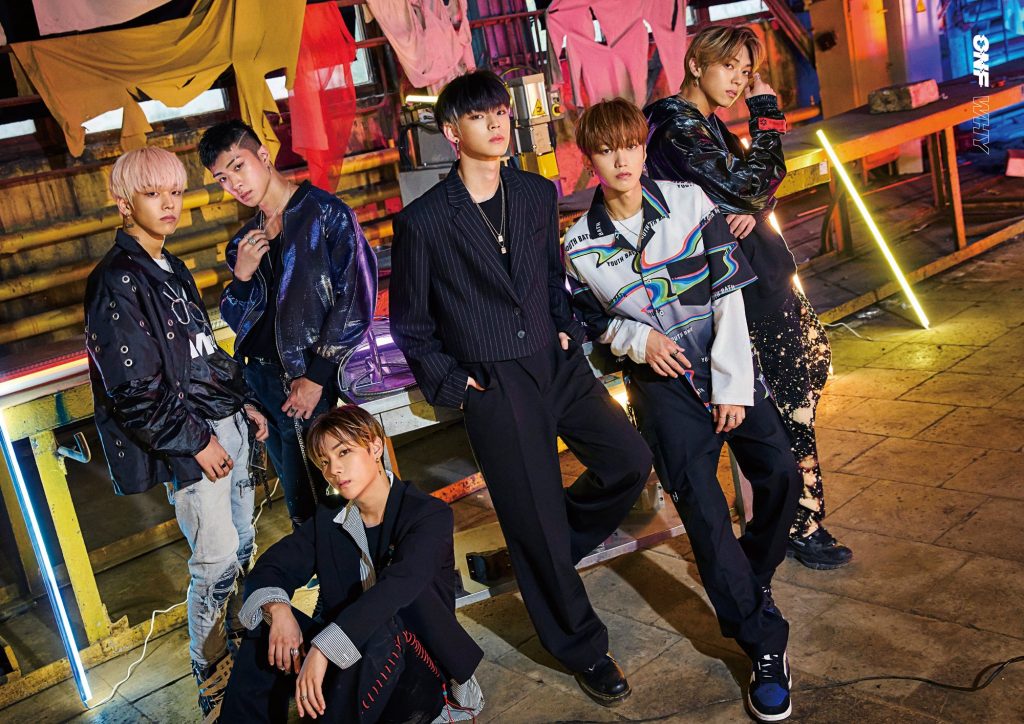 After leaving fans bewildered through a series of cryptic hints, the boy group has finally unraveled their comeback details by announcing their new mini-album titled Go Live, which is slated for release on October 7.

Go Live will be their fourth mini-album, following We Must Love in February 2019, You Complete Me in June 2018, and ON/OFF in August 2017. According to its tracklist revealed on September 25, the mini-album will contain five new songs including the lead single “Why”.

The group’s main rapper Wyatt participated in writing the lyrics for “Why”, as well as one of the mini-album’s other tracks titled “All Day”. Meanwhile, member MK also participated in composing “Why” and another track from the mini-album titled “Asteroid”. Besides these songs, Go Live will also contain the tracks “Moscow Moscow” and “Twinkle Twinkle”. 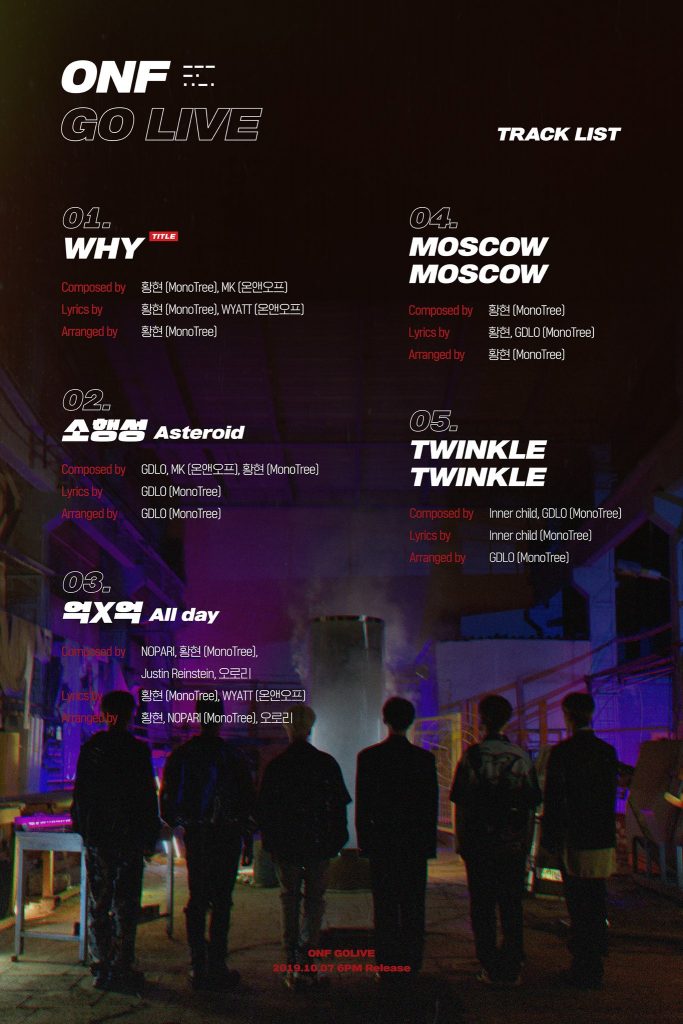 Moreover, the group also simultaneously unveiled the solo concept photos of each member who all made an abandoned warehouse look like the perfect set for a photoshoot. Their strong and striking visuals shine amidst their photos’ urban theme, leaving fans extremely mesmerized and excited for another powerful song from the group. 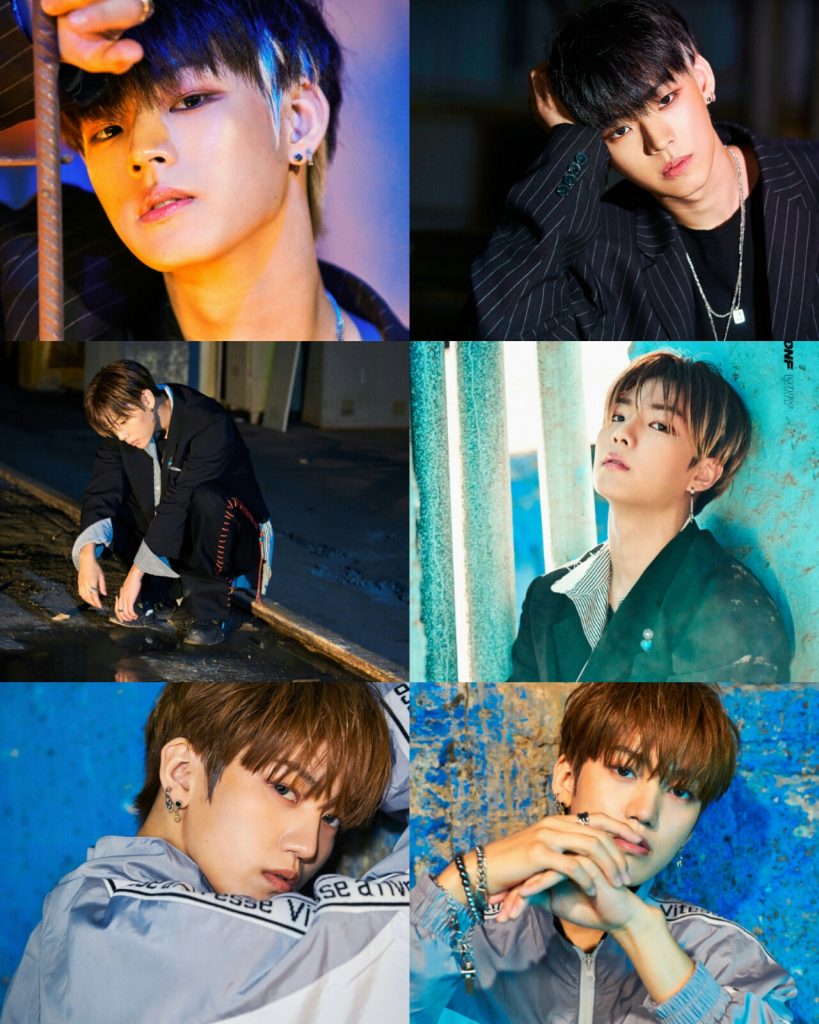 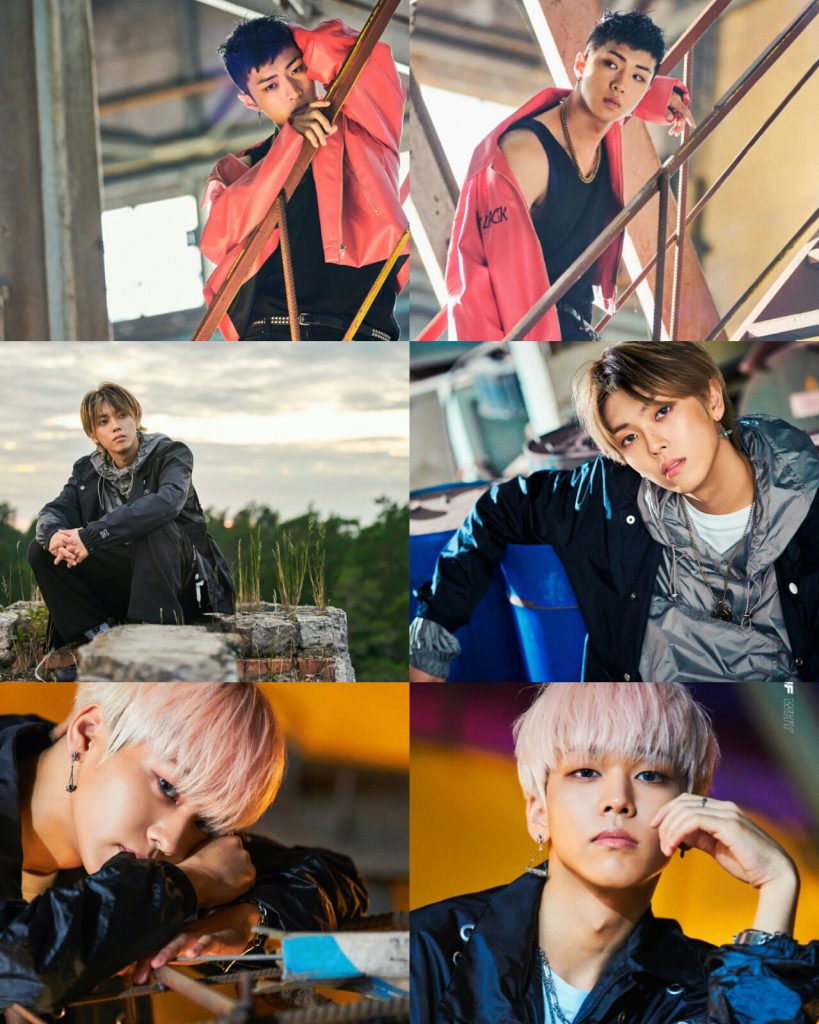 Go Live will also be ONF’s first comeback as a six-member group, following Laun’s departure in late August this year. Given this, the spotlight is on ONF and how they will deliver this comeback with the new change in their lineup.