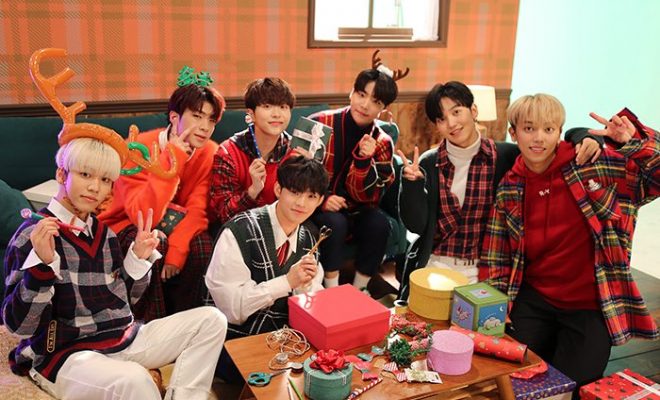 ONF To Become Your Valentine With February Comeback

ONF is coming back and we are turning up the volume of our ONF playlist.

ONF is coming back on February 8. The boy group confirmed the news and shared that they are busy working on the album at the moment.

Recently, the boys posted a signal message for their third mini album. It contains some clues that hints as to what their title track will be.

The signal message also included some English phrases that capture the theme the boys are going for. Fans have a lot of theories about it. Try and decode it below!

It has been 8 months since Hyojin, E-Tion, J-Us, Wyatt, MK, U and Laun released their second EP. The dashing young lads released You Complete Me on June 7, 2018, which had a total of six tracks including the lead single “Complete”.

In the same month, they started their journey as global idols as they signed with Victor Entertainment to make their official debut in Japan. “ON/OFF (Japanese Ver.)” was released on August 1, 2018, and served as their debut Japanese single.

This latest comeback is raising expectations on the group as they have managed to capture the eyes and ears of the public with music, color and performance from their second mini album.

Are you excited for February 8th? Let us know! Tag @hellokpop in all your tweets.