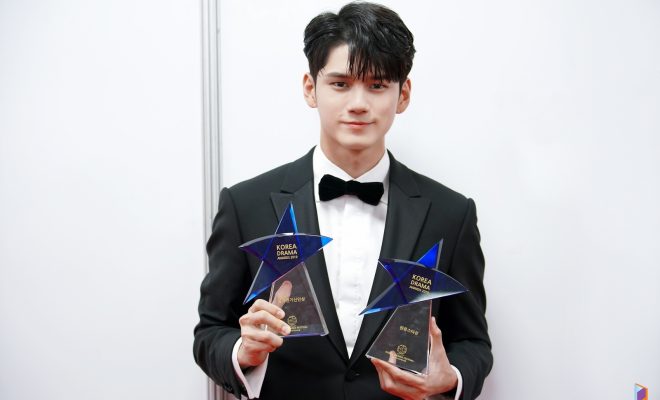 The idol-turned-actor has more reason to celebrate 2019 as he got, not just one, but two awards.

Ong Seong Wu has another feather on his cap as he won two trophies in the 2019 Korea Drama Awards. The awarding ceremony took place at Gyeongnam Culture and Art Center on October 2. The multi-talented actor secured the Hallyu Star and Male Rookie Award for his role in the jTBC youth drama At Eighteen. 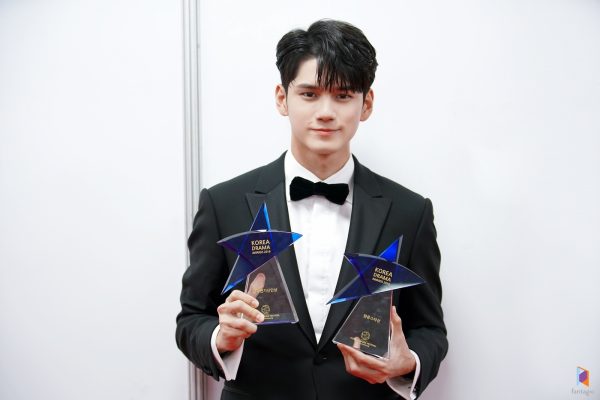 In his acceptance speech he admitted being nervous. “I feel apprehensive and shy accepting this award because I honestly believe I don’t deserve to be called as an “actor” yet. I know I am still lacking but I will take this as my motivation to work harder.”

He further added, “I know there are a lot of people who don’t know who I am, what I think and feel about acting. But I will try my best to show my passion and dedication.”

He thanked the fans and the people he worked with. He said he is looking forward to becoming a more mature actor Ong Seong Wu in the future. Ong played the role of Choi Joon Woo in At Eighteen. He has impressed the production team and viewers with his delicate acting and powerful portrayal of the character.

Ong Seong Wu debuted as an idol after placing fifth in the second season of Produce 101 and became a part of the project group WANNA ONE. When the group disbanded upon the end of their contracts, Ong embarked on his acting journey. He made his acting debut with a lead role in the TV drama.

He will soon make his way to the big screen. It was recently announced that he will take part in the musical film Life is Beautiful. The movie is set to be released next year.

Hellokpop, as an independent Korean entertainment news website (without influence from any agency or corporation), we need your support! If you have enjoyed our work, consider to support us with a one-time or recurring donation from as low as US$5 to keep our site going! Donate securely below via Stripe, Paypal, Apple Pay or Google Wallet.
FacebookTwitter
SubscribeGoogleWhatsappPinterestDiggRedditStumbleuponVkWeiboPocketTumblrMailMeneameOdnoklassniki
Related Items2019 Korea Drama AwardsAt EighteenHallyu Star AwardMale Rookie Awardong seong wu
← Previous Story K-Drama Premiere: “Extraordinary You” Entices With Energetic Heroine & Hinted Endearing Young Love Stories
Next Story → K-Drama Sneak Peek: Yang Se Jong And Woo Do Hwan To Clash In “My Country”, Series To Have a Global Premiere Via Netflix