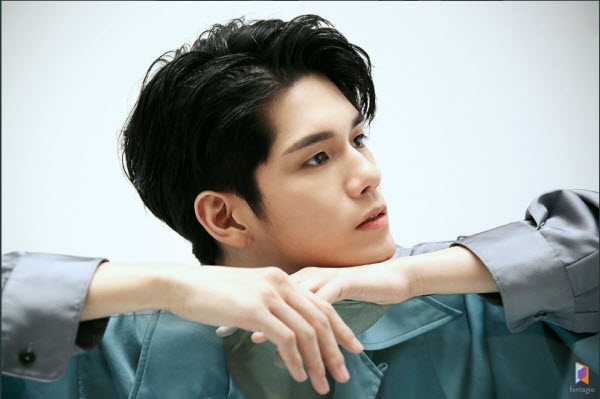 Ong Seong Wu will be showcasing his sweet voice on his own for the very first time post-Wanna One.

On May 15, the 2019 Pepsi K-Pop Collab Project revealed Ong Seong Wu as its next artist on the lineup.

The former Wanna One vocalist will be serenading fans for the very first time after the group’s disbandment, with a new song made possible by Pepsi’s collaboration project with Starship Entertainment. Seong Wu has been named as the artist confirmed to be taking part in the project’s upcoming “Summer Part. 1” special single.

The song, scheduled to drop on June 7, is described as a refreshing, upbeat track matching the vibes of an ultimate summer getaway.

The 2019 Pepsi K-Pop Collaboration Project first featured VIXX’s Ravi, G-Friend’s Eunha, and GroovyRoom for the special single “Blossom”. “Summer Part. 1” will be the second song in the series, which aims to unite various K-Pop artists to present different music. Just like how “Blossom” was released just in time for spring, the new song featuring Seong Wu hopes to be the ultimate summer anthem capturing the season’s charms.

The project marks Seong Wu’s first activity as a singer after he embarked on a solo career. He has so far lined himself up as an actor following the end of Wanna One’s activities, bagging the lead role in the upcoming JTBC drama 18 Moments.

The idol had also recently wrapped up his series of fan meetings titled Eternity, which visited fans in Thailand, Malaysia, and Singapore. In March, he was appointed as ambassador of the Incheon Metropolitan City’s Office of Education as well, showing his immense influence as an artist.

Hellokpop, as an independent Korean entertainment news website (without influence from any agency or corporation), we need your support! If you have enjoyed our work, consider to support us with a one-time or recurring donation from as low as US$5 to keep our site going! Donate securely below via Stripe, Paypal, Apple Pay or Google Wallet.
FacebookTwitter
SubscribeGoogleWhatsappPinterestDiggRedditStumbleuponVkWeiboPocketTumblrMailMeneameOdnoklassniki
Related Items2019 pepsi k-pop collab projectong seong wu
← Previous Story CLC Prepares To End May With A Summer Comeback
Next Story → GOT7 Thrills Fans With Music Video Teasers And Tracklist For Nearing Comeback