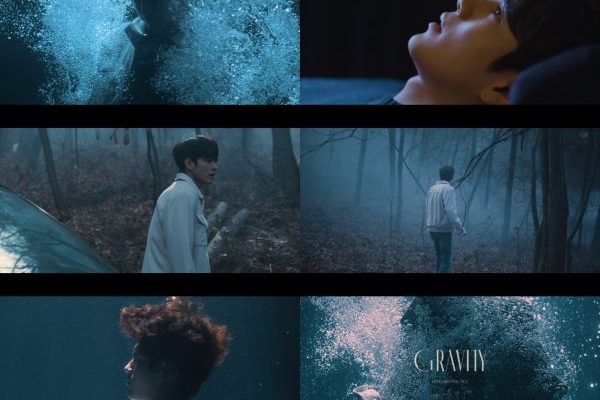 Two days before the release of his first mini-album, Ong Seong Wu released a movie-like music video teaser for his title track “Gravity”—and its beautiful cinematography has heightened the anticipation of fans! 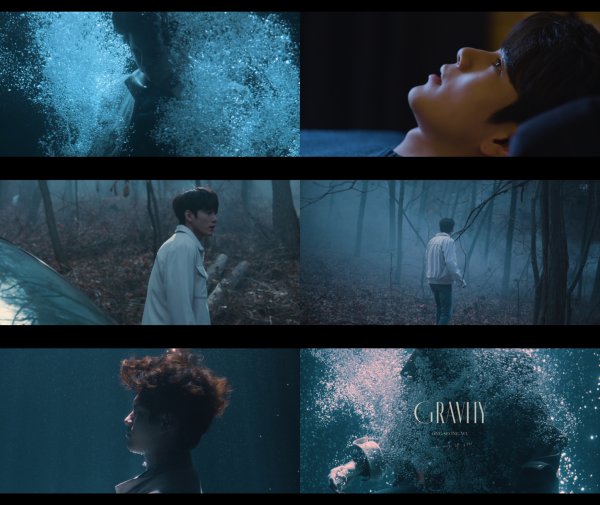 The idol-actor made jaws drop with the interesting narrative and eye-catching aesthetics of the short previews for his upcoming musical release!

Continuing from the last scene of falling in a deep abyss from his first music video teaser unveiled on March 20, Ong raised curiosity for his upcoming release by beginning his new short preview with a shot of him opening his eyes in a new place.

Afterward, he is shown running in a forest with a mysterious mood, just like a dream, which leaves fans further wondering what story it will lead to in the full music video.

The music video teasers, which showed stories and production that gave the same feeling as watching a movie despite its approximate twenty-second duration, shone with the At 18 male lead’s impressive acting which increased the gravitating pull of the video on fans’ attention.

Earlier on March 17, Ong also shared a preview of the other tracks he prepared for Layers through an album highlight medley.

With each song elaborating on various emotions, the idol-actor was able to perfectly manage setting a distinctive atmosphere for every song with various tones.

As its release date gets nearer, listeners are building up more excitement to Ong’s mini-album, which encompasses various genres such as dance, ballad, and R&B.

Following the release of Layers on March 25 at 6 PM, the charming idol-actor will begin his music program promotions the next day with his performance on Mnet’s M Countdown.