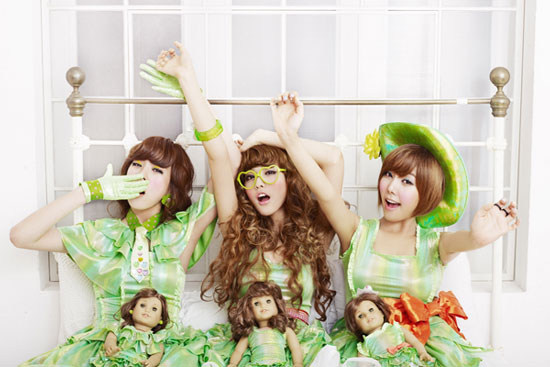 Orange Caramel to debut in Japan

Pledis Entertainment recently announced that  After School‘s sub-unit group Orange Caramel is currently preparing to make their debut in the Japanese music industry this coming fall.

The girl group is set to release a Japanese single album consisting of Magic Girl, and their own variation of My Sweet Devil from 1970’s J-pop band Candies. Orange Caramel’s Japanese debut single will be available on September 5.

Orange Caramel will begin their first overseas album promotion in Japan and has planned to expand into other countries.

We need your support! If you have enjoyed our work, consider to support us with a one-time or recurring donation from as low as US$5 to keep our site going! Donate securely below via Stripe, Paypal, Apple Pay or Google Wallet.
FacebookTwitter
SubscribeGoogleWhatsappPinterestDiggRedditStumbleuponVkWeiboPocketTumblrMailMeneameOdnoklassniki
Related ItemsAfter SchoolCandiesdebutJapanMagic GirlMy Sweet DevilOrange CaramelPledis Entertainment
← Previous Story K-pop Wonderland 2012, a K-pop gathering event in the Philippines
Next Story → SNSD, 2PM, and more to perform at K-Pop Super Concert in America