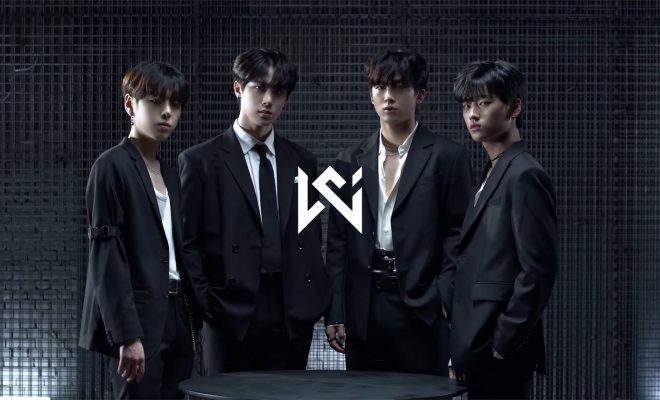 On July 10, OUI Entertainment had released a mysterious teaser image bearing the word, “OUIBOYS” which raised speculations among K-Pop fans. An official from OUI Entertainment stated, “I would like to ask for your expectation and interest in the content that will be additionally opened this afternoon ( July 10).”

OUI Entertainment announced the arrival of their new boy group WEi (pronounced as We-I)! For the big reveal, an official image film featuring the members of the group. The official members of WEi include Jang Dae Hyeon, Kim Dong Han, Kim Yo Han, and Kang Seok Hwa.

Moreover, the group unveiled an amazing logo while also launching their official SNS as well.

In the past, Jang Dae Hyeon has been a RAINZ member, Kim Dong Han was a JBJ member and Kim Yo Han was a member of X1. Kang Seok Hwa is a former JYP Entertainment trainee and had trained with JYP’s boy band Stray Kids. He is also a former YG Entertainment trainee and appeared as a contestant on YG’s survival show, YG Treasure Box as well. He also featured in the boy group survival reality show Produce X 101.

After appearing on the MBC radio show “Idol Radio” as a group, recently the four of them also appeared on a feature in DAZED magazine. So, far only the four members have been announced and it is unclear if new members will be added within the group.